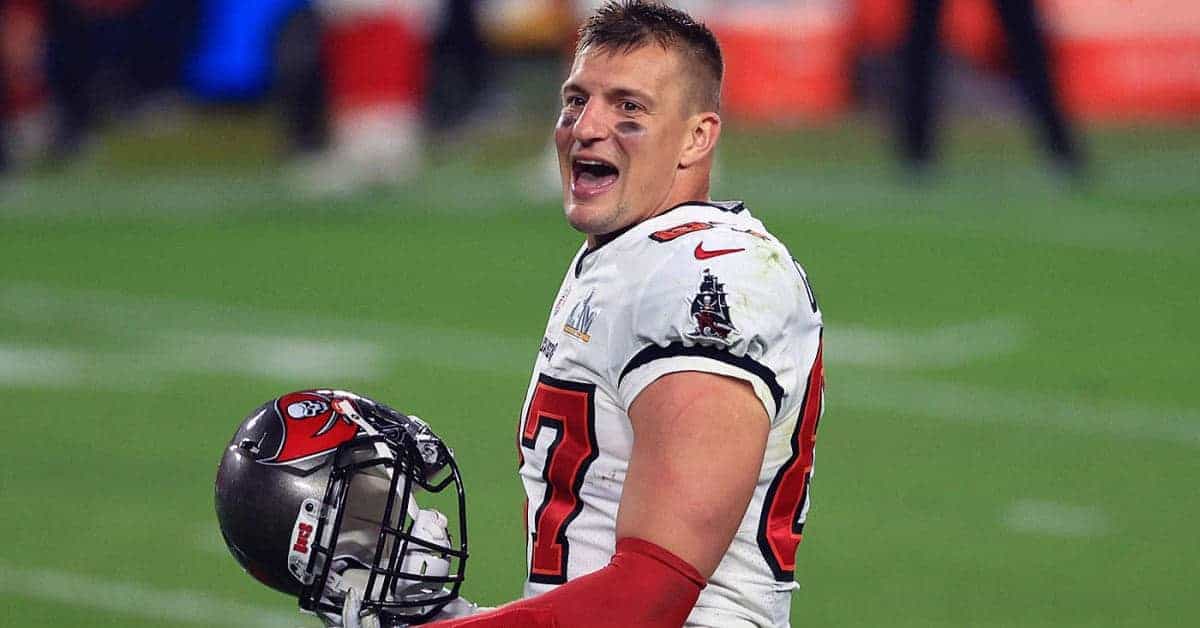 Rob Gronkowski spent eleven seasons in the NFL playing alongside Tom Brady. However, now that Brady has announced his decision to retire, he will have to play with someone else in the pocket.

And Gronk has been pretty clear about which quarterback he sees as the ideal replacement for Brady. Of course, the tight end has to continue playing for that to happen, as he has been quoted as thinking about retiring as well.

A Quarterback Who’s Killing It

During his entire career, Gronkowski has played together with Brady. He spent nine seasons with the seven-time Super Bowl winner in New England and two in Tampa. On several occasions, he said that he only wanted to play with one quarterback in the NFL – Tom Brady.

However, he has now added a new name to the very short list of quarterbacks he wants to get the ball from. In an interview for Autograph NFT’s, Gronkowski was asked if there was any other quarterback he would want to play with, and he didn’t hesitate to answer.

Gronk said that he “kinda” liked a “buck quarterback” that got to the Super Bowl this season – Joe Burrow. He added that he watched Burrow in college and that he loved how he presented himself, and that he was always calm in the pocket and effortlessly threw his passes.

Gronkowski went on to say that he loved Burrow’s swag and that he if he had to pick a quarterback he would play with now, it would have to be him, as he was “killing it right now in the game.”

Burrow joined the Cincinnati Bengals two seasons ago from LSU. He guided his team to a 10-7 record this season and got them to an unexpected place in the Super Bowl. He threw for 4.611 yards and notched 34 touchdowns.

What’s interesting is that Gronkowski might get his wish. He becomes an unrestricted agent this March, and a lot of teams will be interested in acquiring his services should he decide to keep on playing. One of those teams is the Cincinnati Bengals.

C.J. Uzomah, the current tight end for the Bengals also becomes a free agent, so Burrow’s team might go for Gronkowski to replace Uzomah. However, for that to happen, Gronkowski will have to continue playing and not follow in Brady’s footsteps and retire this season. Gronk announced that he would retire but returned to playing once, so there is a good deal of uncertainty as to whether he intends to keep playing link up with Burrow or any other quarterback for that matter.