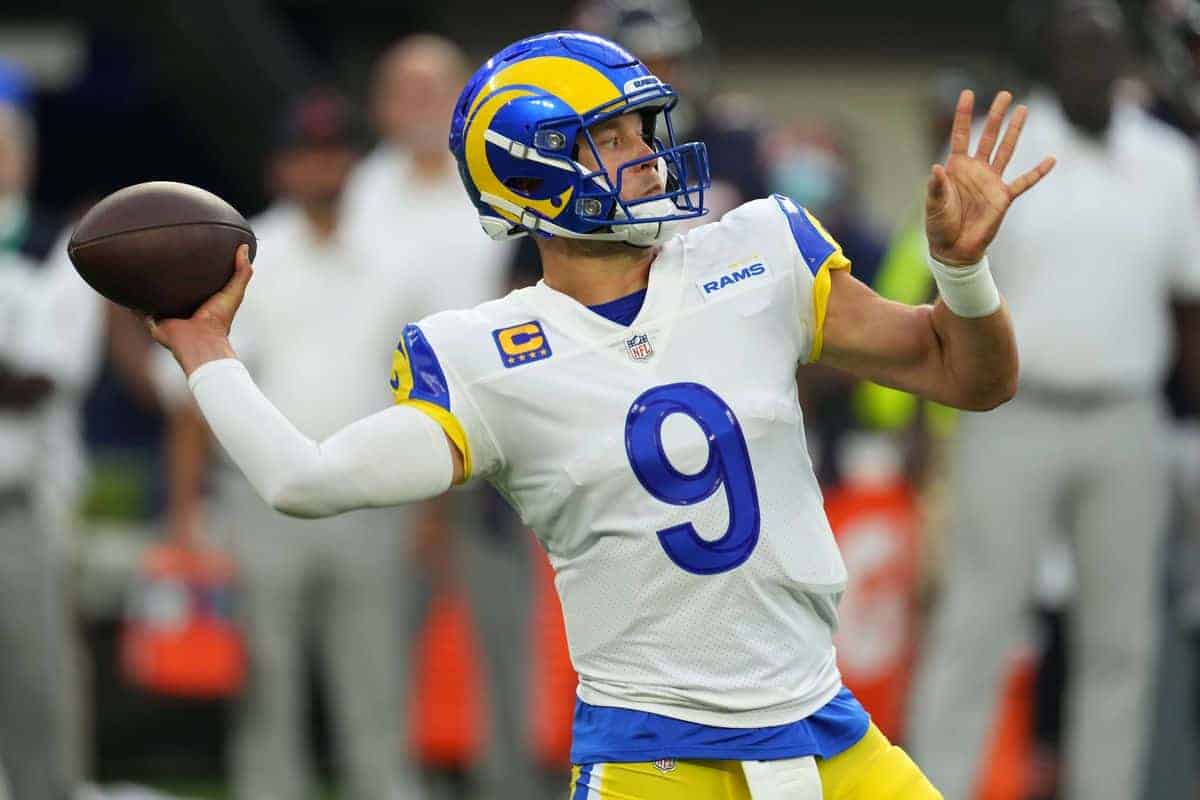 The best feeling in the gambling world is taking home a parlay winner. Let’s create that feeling today when the Bucs take on the Rams in Los Angeles today. Take a look at our +830 Fan Duel Same Game Parlay that could turn your Sunday into one to remember.

Yes, you may be looking at this pick and thinking what about Cooper Kupp? The Rams are going to be without starting RB Henderson today and will be throwing the ball nonstop. Kupp will be covered by the best of the best Sunday. Los Angeles will have plenty of scoring chances and taking Woods is huge. Last year Woods had six touchdowns and one of those came against the Bucs last season.

It’s very simple here. The Bucs have yet to see an actual defense this season taking on the Cowboys and Falcons. It’s going to be a rude awakening for Tampa Bay as Los Angeles will cause some pressure on Tom Brady. Remember last year? Los Angeles came into Tampa Bay and picked off Tom Brady twice last season. Give me Rams straight up.

The new quarterback in Los Angeles is having a field day with his new weapons. This aint no Detroit Lions. Without a running game today for Los Angeles, expect Stafford to throw for at least 35 attempts. In two games this season, Tampa Bay have allowed over 700 passing yards. This one should hit with ease.

The Los Angeles tight end had an excellent week one with over 60 receiving yards and five catches. However last week he only caught one pass for eight yards. Which Higbee will we see today? The one who will catch over 40+ yards today. Last week Tampa Bay allowed over 70 yards to TE Kyle Pitts. Let’s roll.