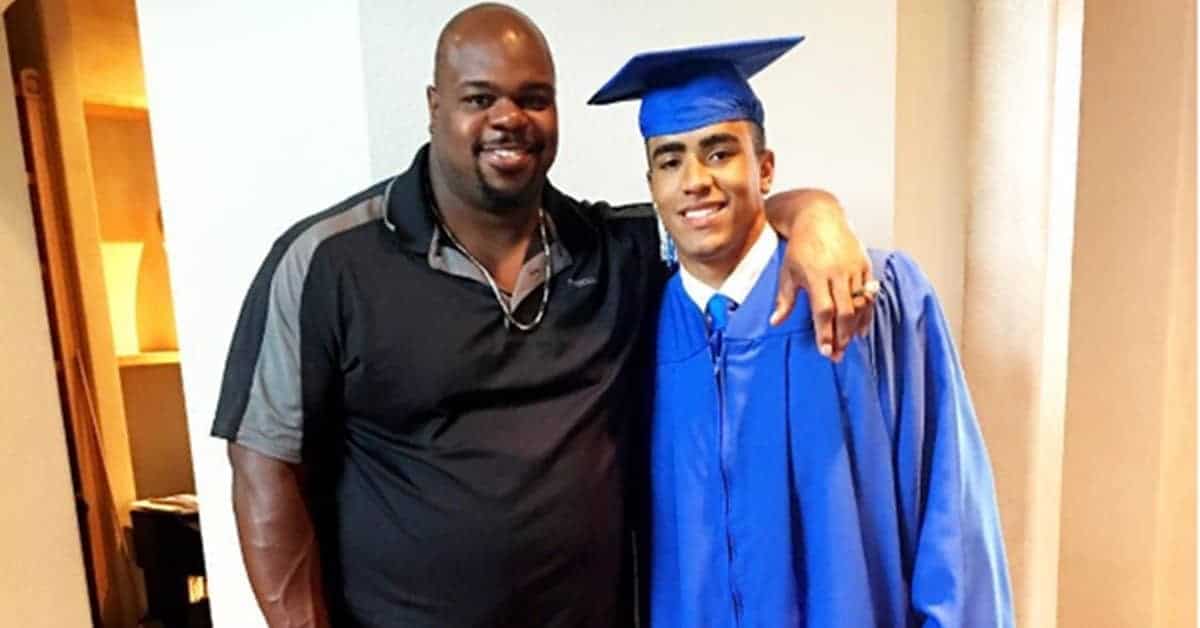 Vince Wilfork won two Super Bowls with the New England Patriots and had the rings to show for it. However, he reported the rings, as well as some other valuables, stolen in May 2021. And now police have arrested and charged the perpetrator – his son.

According to the police, D’Aundre Holmes-Wilfork stole valuables worth more than $300,000 from his father’s home. These included Vince Wilfork’s two Super Bowl rings, the 2001 national championship ring he won with the Miami Hurricanes, Wilfork’s AFC Championship rings, as well as some other jewellery.

The former New England Patriots and Houston Texans star told police that he noticed his rings were missing as early as May 2020, but that he was not sure whether they were in his Florida home or in storage.

However, when a Patriots fan contacted him to ask whether the rings listed on a Facebook page were legit, he knew that somebody had stolen his prized possessions from the 2004 and 2014 Super Bowls.

Wilfork talked to his ex-wife to contact the person selling the rings. She did that and found out that the seller bought the rings from none other than Wilfork’s son, D’Aundre Holmes-Wilfork for $62,000 in 2020.

Holmes-Wilfork didn’t stop at selling the rings, though. He also sold eight other items including two necklaces, five earrings, and a bracelet. He sold them all to a jewellery store for $4,600 before his father noticed they were missing.

Not the First Problem with the Law

D’Aundre Holmes-Wilfork tried to follow in his father’s footsteps but had trouble with the law from early on in his career. He was removed from the football team at the University of Houston after he was arrested with 381 grams of codeine in 2016 that police found in his car.

As for the rings, it is still unclear whether they were returned to Wilfork or if they are held as evidence by the police. The man who bought them returned them to the police, but that’s all the information police have disclosed so far.

D’Aundre Holmes-Wilfork was arrested on May 22, and his bond was set at $300,000. Currently, he is in prison and is awaiting trial.