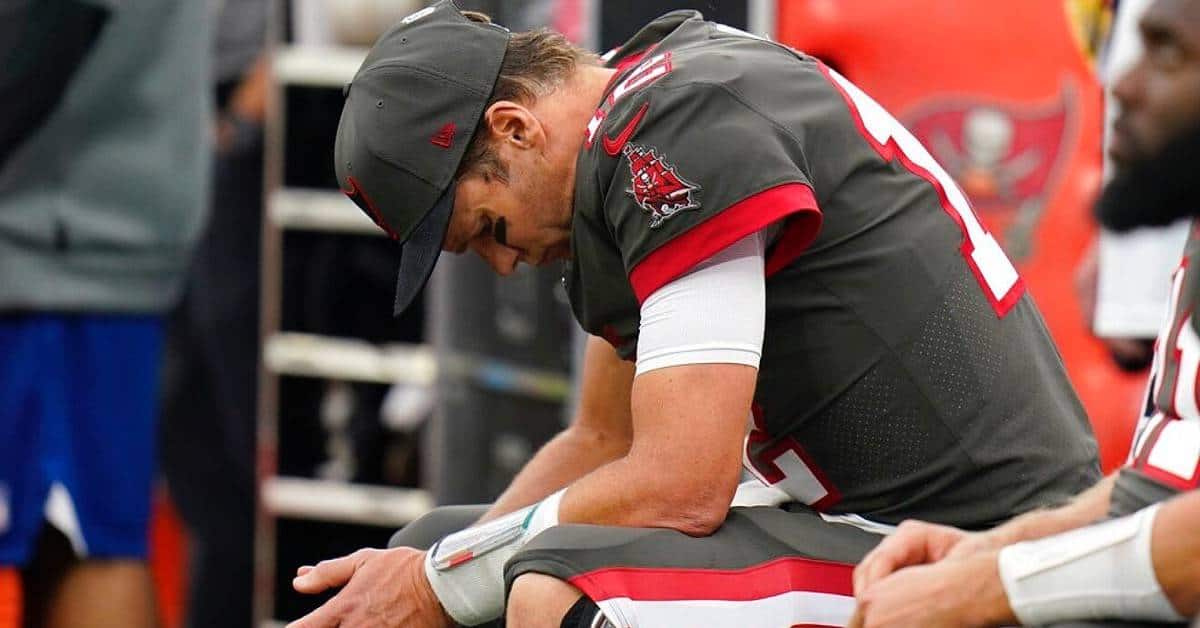 Tampa Bay Buccaneers quarterback and seven-time Super Bowl winner Tom Brady said that he wants to spend some time with his family before deciding whether he will continue playing in the NFL.

The leader in passing yards and touchdowns dropped a hint that this might be his last season in the NFL before the Bucs 30-27 loss to the Los Angeles Rams in the NFL Divisional Round Playoff. Before that game, Brady said that he would like to retire with a Super Bowl win and added that when the time comes to stop playing he would know it.

The all-time leader in Super Bowl wins has now added another factor that will influence his decision – his family. After the Rams defeat, Brady said that it was no longer about what he wanted, but that he would also have to decide what’s best for his family.

While talking to Jim Gray on the Let’s Go! podcast, Brady reaffirmed his love for football but also admitted that his family and kids will impact any decision he makes.

Brady said that as he got older he realized how important football was for him. He added that the game meant a lot to him and that he really cared about what the Bucs were trying to achieve as a team.

However, the quarterback admitted that he now had to consider what was best about his wife and kids too. Brady said that his wife was his biggest supporter and that his kids deserved to have a father who was going to be there when they needed him.

The 44-year old said that his family had given him everything he needed in the past six months and that it was now time for him to spend some time with them. Brady went on to say that at this stage of his career it was not just about what he wanted, but also about what they all wanted together.

Will Take a Step Back Before Deciding

Ian Rapoport from the NFL Network reported on Sunday that Brady was going to take his time to come to a decision about his future and possibly even retire. That seems to be in line with what Brady said on the Let’s Go! podcast.

The 15-time Pro Bowler has always stated that he would like to be the best version of himself while on the field and that his team didn’t deserve anything less than Brady’s best. The moment he felt that he wasn’t committed to that, he would step aside and give someone else the chance to replace him.

Now that the Bucs’ season is over, Brady will definitely have the time to decide what he is going to do next. Brady joked that because he was already in Florida, also known as the retirement state, he was quite confused about what he needed to do next.

One thing’s for sure though. With Brady confirming that he will take his time to come to a decision about his future, it will be a long offseason for NFL fans waiting for Brady’s official announcement.