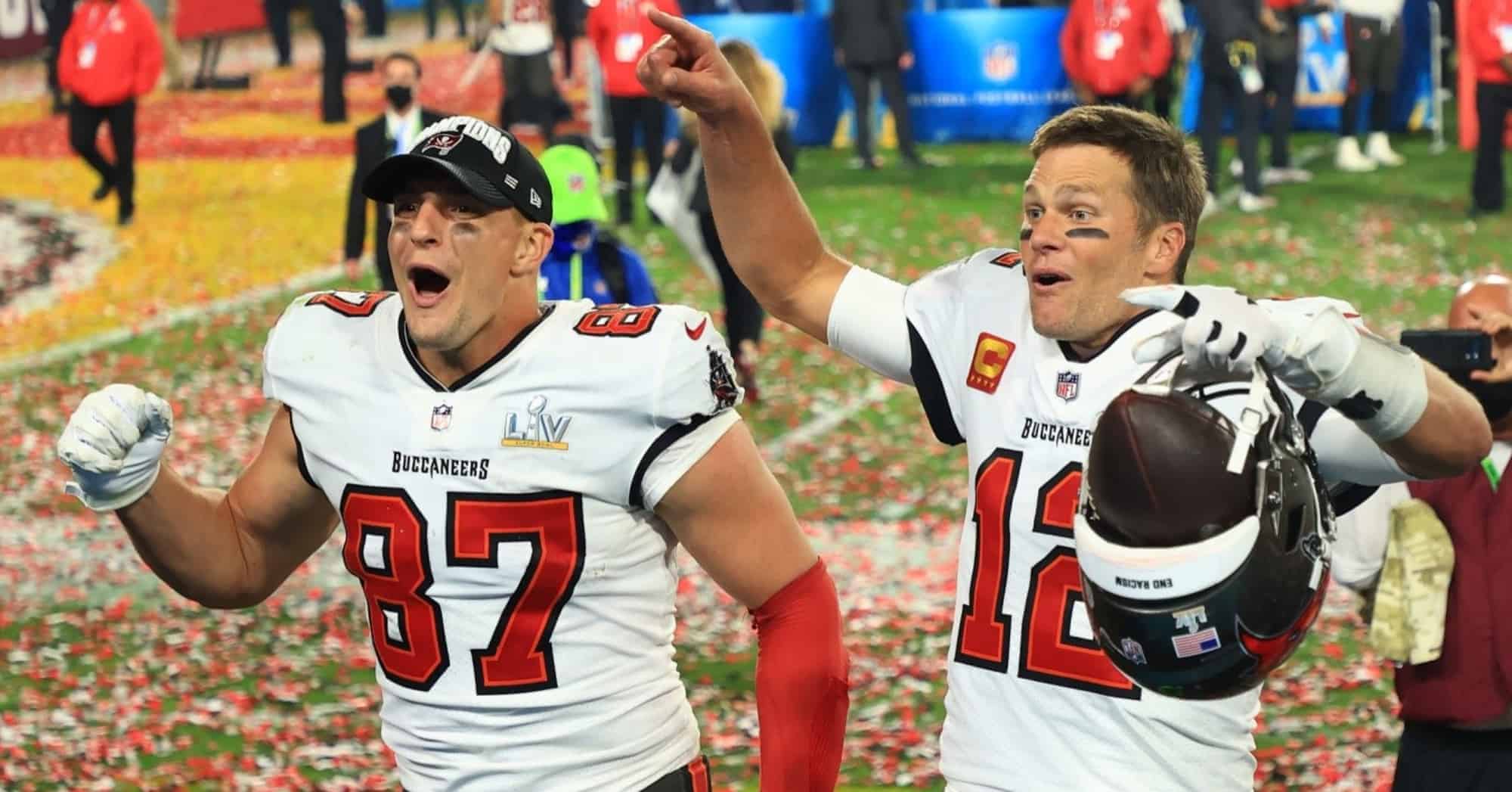 Before winning his most recent Super Bowl, his seventh one, Tom Brady said that he was thinking about playing past 45. As impressive as that announcement sounded, it was not specific enough. It didn’t tell us for how long Brady planned to continue playing in the NFL.

Play Past Fifty and Glide into Retirement

However, we might have the answer to that question now. In a video, the Tampa Bay Buccaneers produced, Brady was interviewed by Rob Gronkowski, the Buccaneers tight end and his long-time friend. At one point in the video, Gronkowski asked Brady a question that he said people often typed on Google: “Can Tom Brady until 50 years old?”

Brady found the question amusing and replied that it wasn’t difficult for him to continue playing for six more years. He added that Florida was a state where you go after you retire, so he felt he could play for the Bucs and then “glide into retirement.” In short, his answer was “Yes.”

However, Gronkowski wasn’t convinced by that answer, so he rephrased the question asking Brady whether his wife, the stunning Gisele Bundchen, would let him play in the NFL in the sixth decade of his life.

Brady laughed, saying that Gronkowski asked a much better question, and changed his previous “Yes” to “No.” He later apologized to the model, adding that she would probably let him do anything as long as he was happy.

Gronkowski: Brady Would Sign a 50-Year Contract if He Could

Brady’s desire to play for at least six more years is understandable if you look at his most recent numbers. The quarterback has already won seven Super Bowls, two more than any other player in NFL history, and shows no signs of age catching up with him.

In the 2021 season opener the Tampa Bay Buccaneers played against the Dallas Cowboys, Brady notched 379 yards and had four touchdowns, helping the reigning NFL champions get off to a winning start.

Brady’s perennial teammate, Rob Gronkowski, has won four Super Bowls himself and won all four playing alongside Tom Brady. He once jokingly said that if given the chance, Brady would sign for another 50 years. Gronkowski may have said that as a joke, but there’s no denying that Brady shows no signs of slowing down and is proving to be one of the most durable athletes of all time.