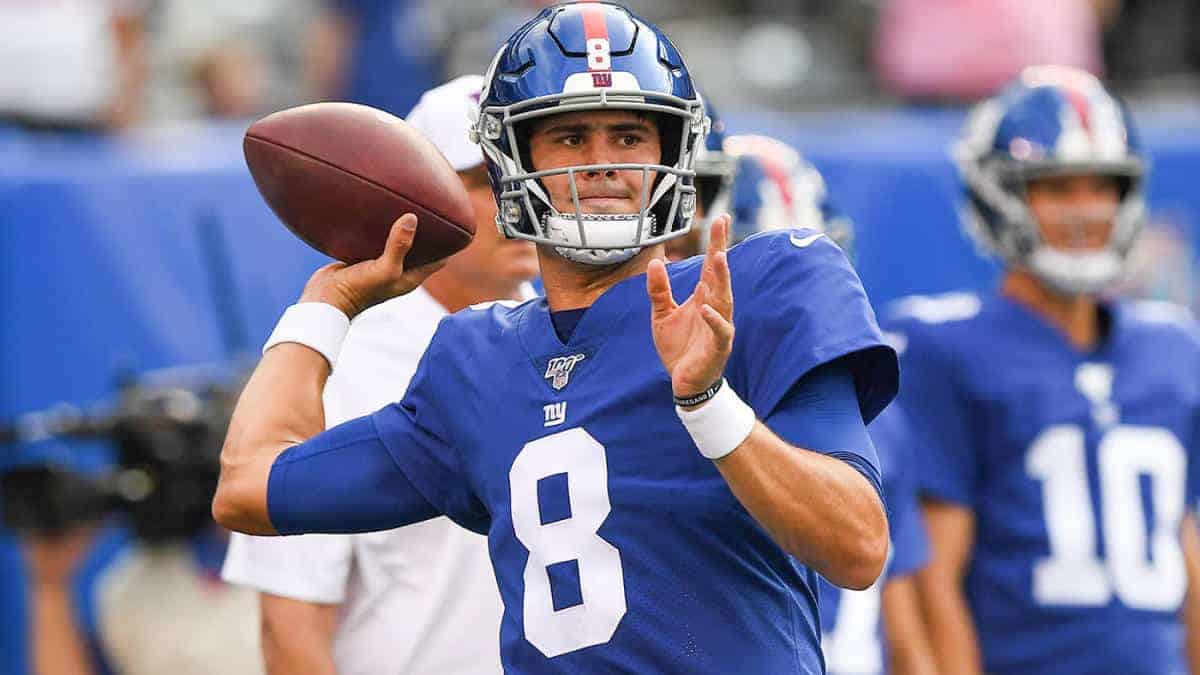 Week one was tough across the board for player prop bettors, but luckily we have found an edge against the sportsbook in this Thursday Night Football game. Everyone might be in love with Washington Logan Thomas against a horrible Giants defense that cannot defend any type of TE in the league, but here’s our play on Daniel Jones

If you are interested in our free Giants vs. Washington TNF ATS play sign up here for Free!

Last week Justin Herbert threw wild over the Washington Football team. 337 passing yards to be exact. Now, Daniel Jones is no Herbert, but Jones does have the weapons to throw wildly against the Washington Football Team. Friendly reminder he does have Kenny Golladay, Sterling Shepard, and Darius Slayton alongside him. With the current WFT QB situation, Daniel Jones should have plenty of attempts to take over this game. This is where Daniel Jones can shine and potentially be the top dog in the NFC East for at least once week. Take the over passing yards here.