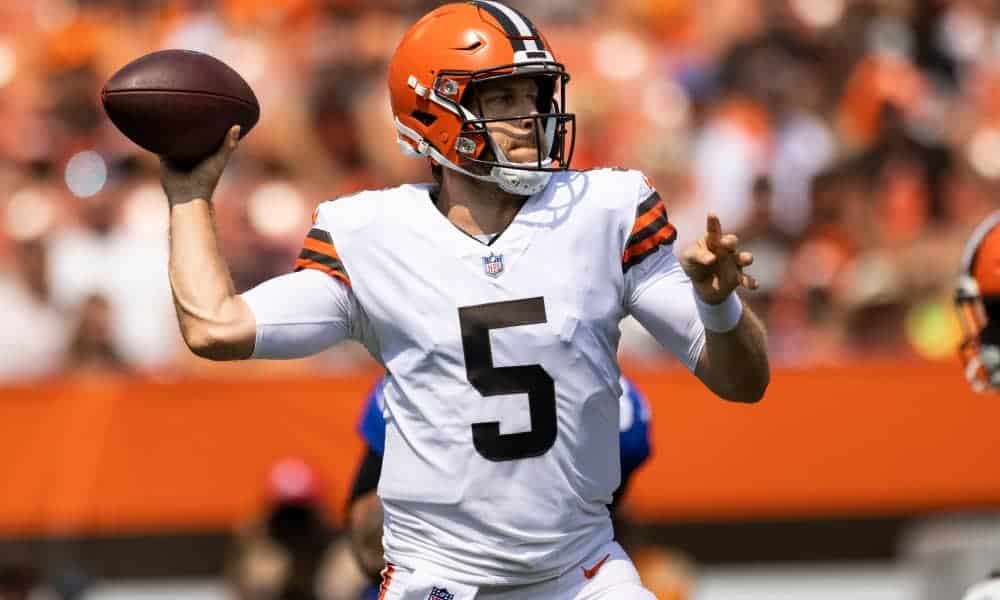 Losing is never fun, but when FanDuel is offering these insanely Same Game Parlay odds it’s impossible to pass them up. Instead of wasting money on a parlay that has zero chance of winning, why don’t you slab it onto this Can’t Lose Parlay of +183 odds. Friendly reminder we cashed five of our last six Can’t Lose Parlays! Check out the Broncos vs. Browns parlay below.

Before you instantly fade this play here us out. The Browns are going to win this game. Even though they are without QB Baker Mayfield and both starting running backs, expect veteran backup QB Case Keenum to come in and take over. Remember he is a capable backup who broke out in Minnesota with Kevin Stefanski as his QB coach. Take the Browns defense and Keenum to hold the front in primetime against a Broncos team that is falling apart.

Make sure to check the weather everyone. There is going to be lots of rain and winds up to 20 mph. Throws need to be extremely sharp to get to wide receivers. With two average QB’s starting in primetime expect the first half to be a bit sloppy. With a good chunk of star players out on both sides of the ball, this total is going way Under.

As stated above, the Browns are going to win this game due to the veteran leadership of Case Keenum and a defense that is due to play well. With that in mind, expect Bridgewater to get a lot of garbage time yards to try and play catch up to the Browns. Bridgewater has also thrown for 200+ yards in the last two games with ease.