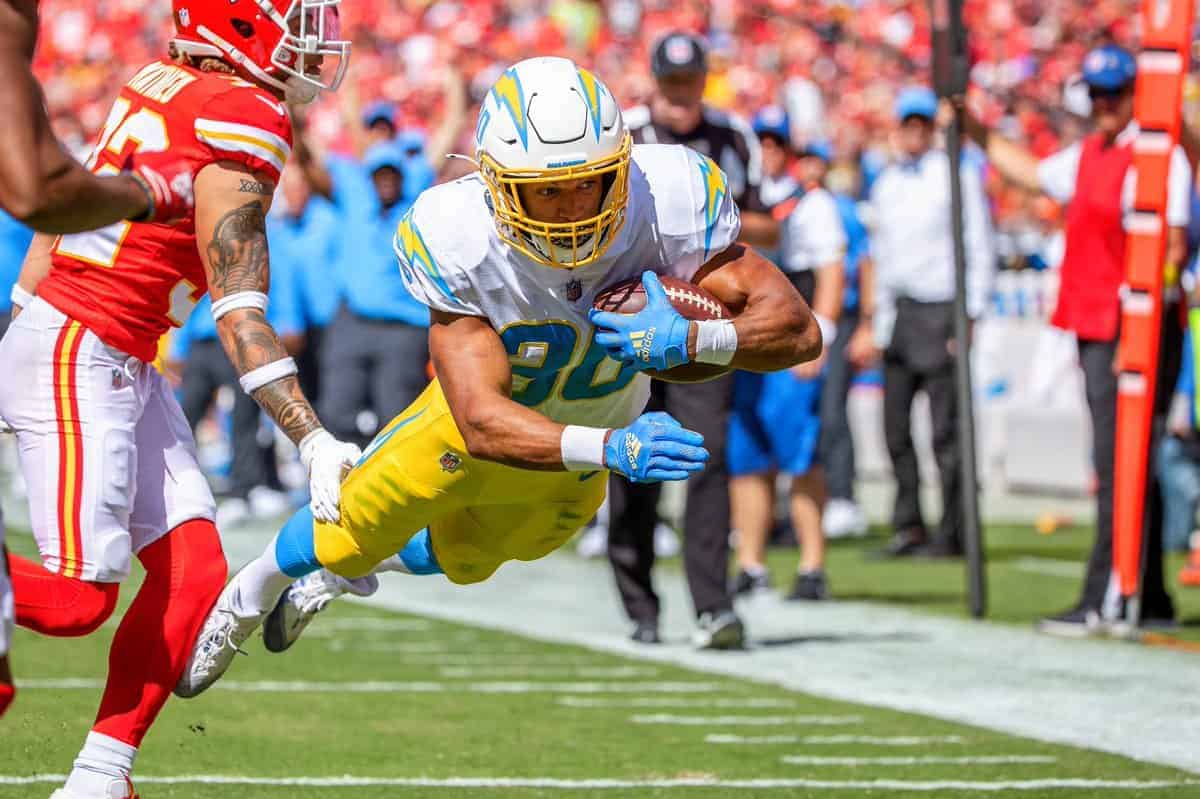 Losing is never fun, but when FanDuel is offering these insanely Same Game Parlay odds it’s impossible to pass them up. Instead of wasting money on a parlay that has zero chance of winning, why don’t you slab it onto this Can’t Lose Parlay of +102 odds. Friendly reminder we cashed on a previous Can’t Lose Parlay earlier in Week 4. Check out the play below bettors.

So far this season, Ekeler is averaging nearly 40 receiving yards per game this season. With a tough Raiders defense, expect a couple of easy dump passes from Herbert to Ekeler to start Monday Night football off. Expect this prop bet to cash before halftime.

In three games this season, Waller has been targeted 33 times. It’s clear Carr is looking towards Waller on every down. The best part about it is they actually do connect very often during games. Waller is averaging nearly 75 receiving yards per game.

Herbert has started in 18 games in his NFL career thus far. He is averaging at least 300 passing yards per game. Nobody is slowing down this quarterback. Especially if the Raiders get the momentum early, expect Herbert to be throwing lots. In the last two games, Herbert nearly threw the ball 90 times.