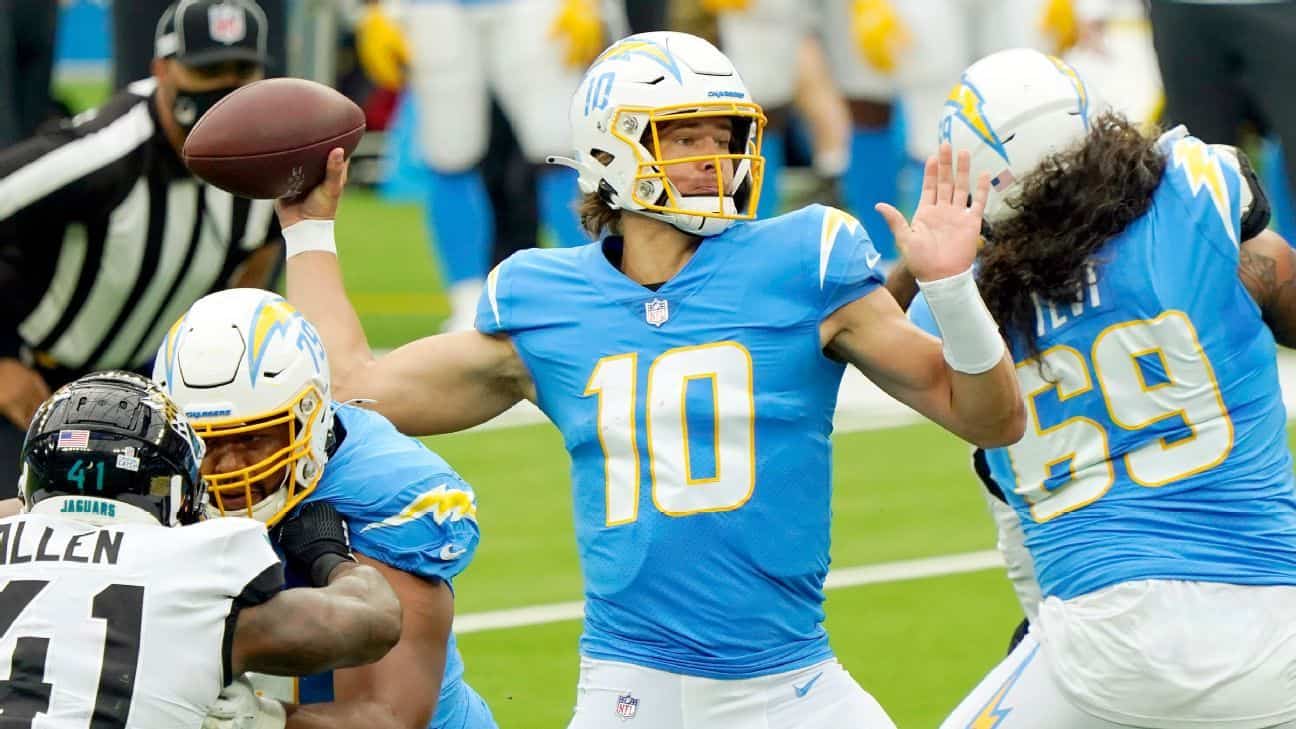 Welcome to the NFL Playoffs. With a crazy week 18 that saw the Miami Dolphins and Seattle Seahawks sneak into the playoffs, let’s see what the rest of the teams hold on this two day event. Who do you have moving on the next round?

This is a big moment for 49ers quarterbacks Brock Purdy, perhaps too big with a big spread to match. But San Francisco didn’t lose any of his six games, and he threw 13 touchdowns against just three interceptions. Five of those six games went Over the total, and the 49ers covered in five of those games. Rookie QBs don’t have a great record in the playoffs, but they also didn’t have Christian McCaffrey, Deebo Samuel, Brandon Aiyuk and George Kittle to carry the load.

The Jaguars own a +0.2 net yards per play, while the Chargers are -0.6 this season. This is a tough travel spot for the Chargers who played in Denver on Sunday and now travel to Florida with one less day to prepare. Los Angeles went 1-5 straight-up against fellow playoff teams this season. Mike Williams is out, and he’s been huge on third down and in the red zone. Joey Bosa will play but is not 100%. Jacksonville coach Doug Pederson has won multiple playoff games

Both regular-season meetings were thrillers, but this one likely won’t be unless Miami has a significant edge in turnovers. The Dolphins are starting 7th-round rookie Skylar Thompson. With him on the field, Miami averages 2.2 fewer yards per play than with Tua Tagovailoa.

The Vikings are 12-0 on the moneyline as a favorite this season. If this game kicked off three hours later (i.e. in prime time), I’d be worried about Kirk Cousins because we know his prime-time failures, but I truly struggle to find many spots where the Giants are better than the Vikes. Third-down conversions are always big but especially in the postseason.

The Ravens have played five games without Lamar Jackson at QB and still managed to run the ball effectively in those games, topping 180 rushing yards in three straight before racking up 120 rushing yards against a tough Steelers defense and even getting 110 rushing yards last week against Cincy while leaning on backups. They will keep it close but I don’t think they can close it out.