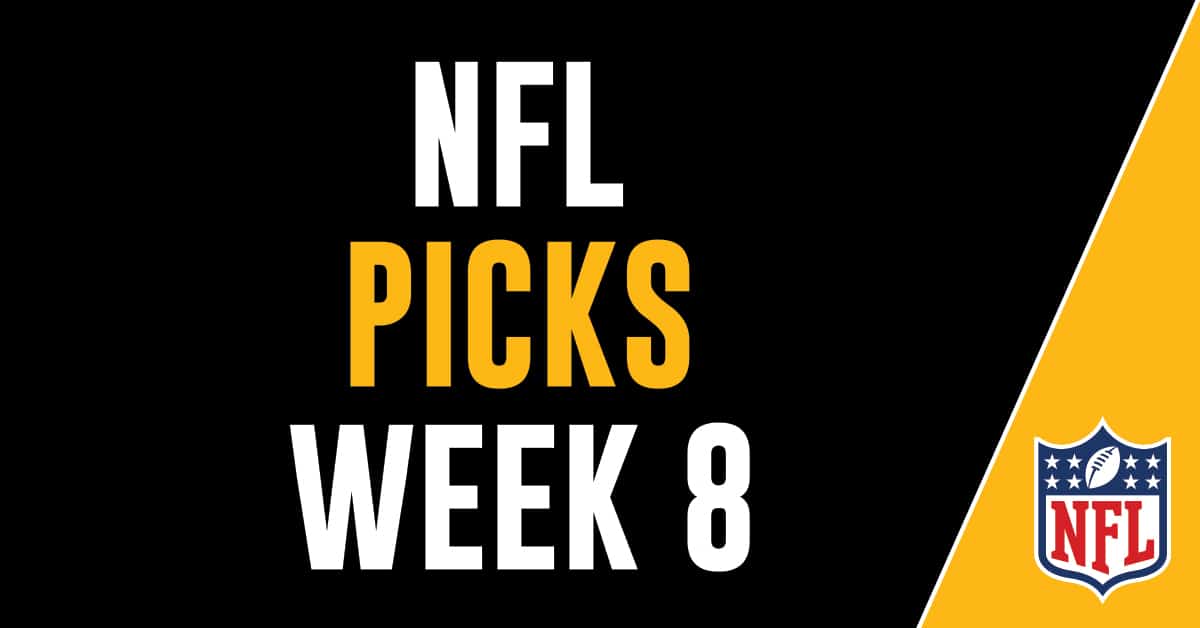 Welcome to week 8 of the NFL season! Week 7 saw some of the biggest upsets yet again with the Panthers taking down the Legend Tom Brady and the Chiefs showing the 49ers why CMC won’t change anything. Will we see another wild week? Let’s check out our free pick em plays.

The Jaguars have won back to back games in their “future” NFL home in London and now take on a Broncos team that has Russell Wilson doing high jumps on the plane. Yikes.

Detroit had one of the best offenses in the league, however it was paired with the worst defense in the league. However the offense has failed the last two weeks and everything has been crumbling down.

You guys ready for this upset? The Panthers shutdown Tom Brady and the Falcons rely heavy on the run. The Falcons will emphasize the run as usual, but it might be tough against a Panthers defense giving up 4.1 yards per carry (8th-fewest).

The Chicago Bears might have blown out the New England Patriots, but the Cowboys might hold Justin Fields to a total of 100 total yards.

It does not matter who starts under center for the Steelers, the Eagles are the most well rounded team in the NFL and now they just added Robert Quinn.

Everybody will be flying to put money on the Patriots with key injuries to the Jets. However remember the Patriots could not stop Justin Fields and the Jets shut down Rodgers and Wilson.

It’s an ugly game but expect the Titans to run wild against the Texans. It’s hard to compete with the Texans especially with the team on the trading block

The Battle of the back up QBs. However there is one thing to note. The Colts will rely on Pittman and Taylor to ease Sam into the game where as the Commanders really dont have that tsar player to do that.