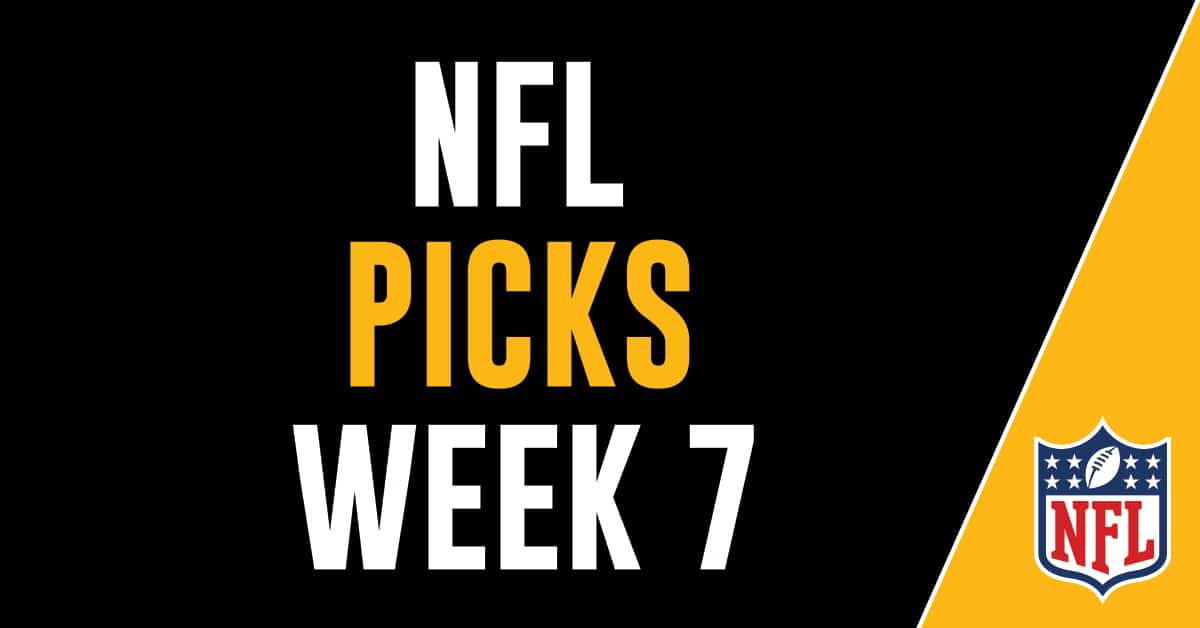 Welcome to week 7 of the NFL season! Week 6 saw some of the biggest upsets yet again with the Steelers taking down the Legend Tom Brady and Giants coming back to beat the Ravens. Will we see another wild week? Let’s check out our free pick em plays.

The Cardinals have been massive disappointments, but the Saints are expected to be without Jarvis Landry, Michael Thomas and Pro Bowl cornerback Marshon Lattimore at a minimum. Maybe Chris Olave and a few others, too. Arizona did lose Marquise Brown to a possible season-ending injury Sunday but welcomes back DeAndre Hopkins from suspension and traded for Carolina wideout Robbie Anderson today. Take the Cardinals in a huge bounce back game.

Lamar Jackson and the Ravens continue to blow leads left and right this season. Luckily, they are facing a Browns team that poses no threat.

Clearly something is off with Tom Brady and the Buccaneers but that also plays a huge light of the amount of injuries they have. The Panthers will be on there 4th string QB so there is no need to worry about that.

The Atlanta Falcons have been a huge surprise so far this season, but they are facing the Cincinnati Bengals at the wrong time. They have won three of their last four games and the Bengals offense has been lights out. Take the Bengals as Joe Burrow shows Mariota who the true King is.

Even though Cooper Rush led the Cowboys to a great start, Dak is back and is ready to have a huge bounceback game against one of the worst defenses in the league.

Everyone keeps talking about how the Giants continue to win but nobody understands how. Well that is because Daniel Jones is getting the job done when he needs to. Expect Danny Dimes to outshine Lawrence and steal a victory on the road.

Something is clearly off with the Green Bay Packers and Aaron Jones has yet to really shine this season. With a bunch of rookie WR’s Rodgers continues to struggle on moving the ball. Call me crazy but the Commanders win this.

Sorry Colts, but the Titans own you. Mike Vrabel and his Titans are 8-0 SU and 8-0 ATS in the regular season coming off 8+ days rest. Not to mention they’ve won 4 straight against the Colts as well. Lastly, Tennessee is scoring a touchdown on 92.3% of their red zone possessions this season.

Josh Jacobs is the only reason why the Raiders continue to stay in games, and Adams shows why he is still one of the best in the league. Texans defense cannot handle them both.

This is the last warning. If Wilson and the Broncos cannot beat the New York Jets, the season is over for them. They have so much talent and continues to not gel together. It’s do or die time.

Once again, this falls on the QB battle. Who do you want? Mahomes or Jimmy G. Kansas City’s offense is great on third down and in the red zone, where the 49ers are just good despite their No. 1 overall ranking in yards per play. Even though it feels like the Chiefs defense is struggling against the run, they rank sixth in yards per play there,

The Seattle Seahawks have a great defense and have been doing much better with Geno Smith under center. However, Keenan Allen is back and the Chargers are going to run wild.

Tua Tagovailoa will be back under center, and the line hasn’t caught up to that development. The Steelers are a great fade coming off an big upset win and hitting the road in a tough place to play

The Patriots offense is now eighth in yards per play, including third passing the ball, and Bailey Zappe has looked surprisingly solid running the offense. I expect New England to dominate in the trenches on both sides of the ball