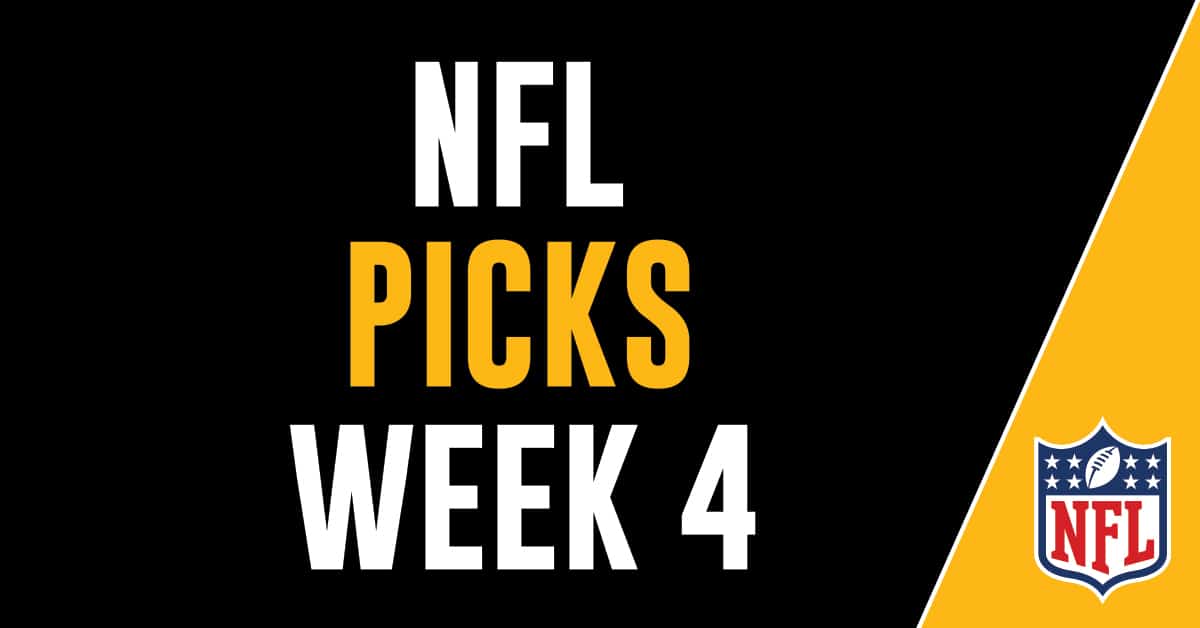 Welcome to week 4 of the NFL season! Week 3 saw some of the biggest upsets so far with the Chiefs and the Bills both losing as the Dolphins and Eagles are three wins a piece! Let’s see what week 4 has in store starting off with The Dolphins at Cincinnati.

We all have seen what QB Kirk Cousins can do when he is pressured. He folds and that’s exactly what will happen in London here. New Orleans has been tight on the defensive front and will shutdown Jefferson for a third straight week this season.

The Falcons defense was terrible in that game, allowing 6.1 yards per play to Geno Smith last week. Atlanta might be frisky, but this is still one of the worst teams in the league,

Michael Pittman did not play last week and it showed how much he means to this Colts team. He will play this Sunday against the Chiefs but do not expect a 100% healthy star here. Take the Chiefs.

Both the Seahawks and Lions defense are one of the worst in the NFL where they are allowing over six yards per play this season. However, the Lions have yet to finish this season and will once again struggle once more on Sunday.

Are the Colts back? After defeating the Kansas City Chiefs one may say that, but the Chiefs had a ton of mistakes and simply handed the Colts the win. For the Titans, they have brought back their running game and own the series against the Colts.

New York was unable to take care of the Dallas Cowboys in a horrible game where the Giants offense could not move the ball. Now the Bears are ready to come in and release a duo threat offense that will cause the Giants problems.

Even though the Jaguars have been playing really well recently, they are going up against an offense that has yet to be stopped. Until someone stops the Eagles, there is no reason to fade them here.

Welcome back Jets QB Zack Wilson! With the Jets offense now ready to move the ball now without Joe Flacco. The Steelers offense has been so flat, I would imagine they give plenty of chances for the Jets to win this game.

Lamar Jackson is the clear front runner for the MVP this season. Now they take on the Buffalo Bills who are off a loss to the first place Miami Dolphins. Sometimes even the best of the best have losing streaks. Take the Ravens here.

Baker Mayfield has gotten some slack so far this season and now take on the Arizona Cardinals who continue to do well in the red zone. Murray has yet to play well on the road and this line screams to take on the Panthers.

QB Mac Jones has been dealing with injuries left and right this season and now will have the tall task of taking down the Aaron Rodgers Packers. Until Jones gets healthy, stay away from the Patriots.

Let’s Ride Broncos Country right into a loss! It’s clear QB Russell Wilson has yet to fins his groove with Denver and Las Vegas will do anything for a win right now. Expect that typical Derek Carr huge win here.

After losing to the Colts, expect the Kansas City Chiefs to have a chip on their shoulder and will come in to Tampa Bay with some confidence as Tom Brady has looked way off his game this season. Take the Chiefs.

Even though Jimmy G looked like hot garbage against the Denver Broncos, he gets to face the Los Angeles Rams where San Francisco has still owned them as of late. McVay continues to struggle on the road and the 49ers are the play here.