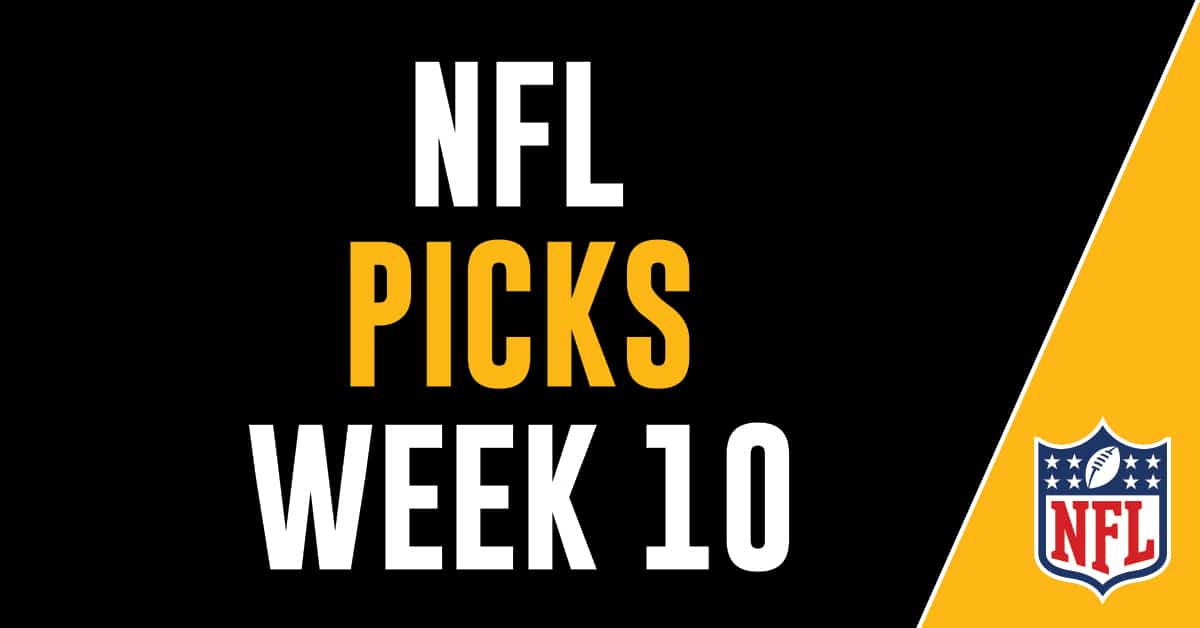 Welcome to week 10 of the NFL season! Week 9 we saw once again the New York Jets prove they can compete against some of the best teams in the NFL. Will another team shine in the spotlight in Week 10? Let’s take a look at each game winner.

Seattle has been playing lights out and clearly is the best team in the NFC West. The Buccaneers got handed their win last week and the Seahawks will not be doing that on Week 10.

The Lions defeated Green Bay 15-9 last week despite being outgained 389-254. Detroit finished with a plus-2 turnover differential and took advantage of eight Packers being injured during the game. Chicago’s defense was on the field for just 53 plays against Miami and should be relatively fresh.

The Dolphins can play from ahead with their elite pass game, putting pressure on Brissett to keep up while dealing with the upgraded Miami pass rush.

The Tennessee Titans nearly pulled off the upset against the Kansas City Chiefs and will still have some momentum coming into this game here. However, Russell Wilson is back and the Broncos are healthy and feeling great. Upset time.

Josh Allen might be out for the Bills and Minnesota has won six straight. In the last couple weeks, we’ve seen that Buffalo is vulnerable to a strong run game. That sets up well for Dalvin Cook

The Texans are still the worst team in the league at full strength, and I can’t see them stopping Saquon Barkley here.

Even though the Chiefs nearly fell to the Titans, they had nearly 500 total yards of offense and held the Titans to nearly 20 total yards the last ten drives. Expect the Chiefs to bounce back and get a great win here.

Fun Fact, the Saints are 2-5 against the Steelers on the road in the last seven goes and the Steelers can expose the Saints weak secondary and rushing game. Take Pit here.

Kyler Murray is hurt, Matthew Stafford is hurt, both these two teams are struggling for a win, but luckily the Rams have a defense.

At this rate, how can you back the Green Bay Packers and Rodgers? They are falling apart like the Rams and the Cowboys at least have a strong defense to back up against.