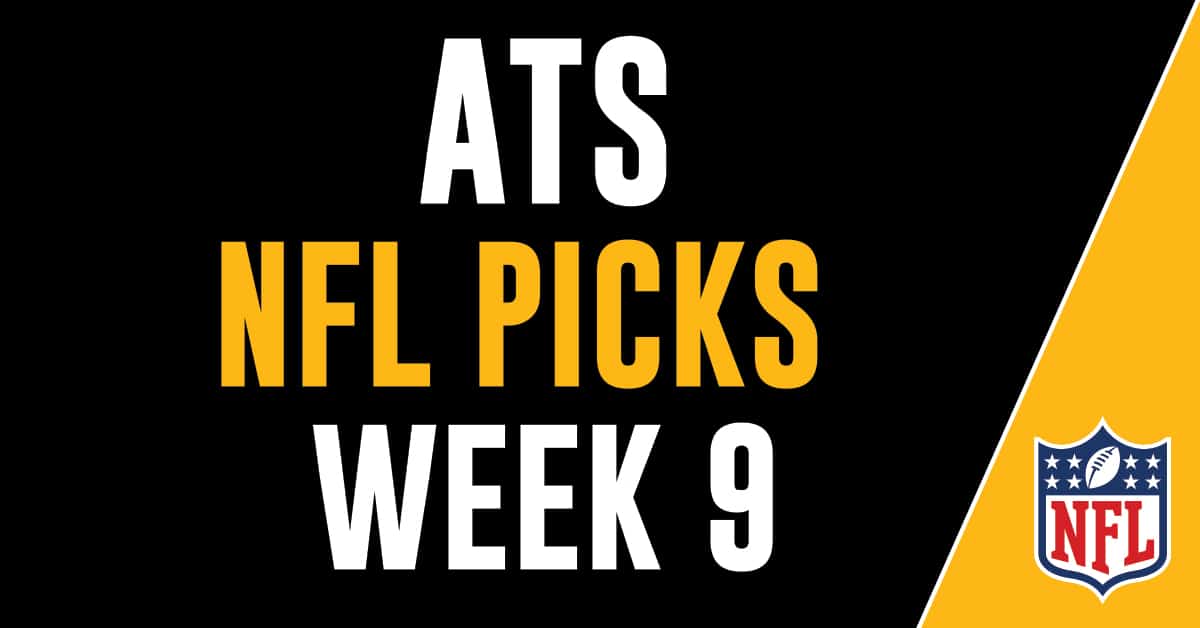 With some tremendous surprises and upsets already this season, the 2022 NFL season is now in full swing. With our in-house specialists and computer models, we’ve discovered the greatest ATS picks for week 9.

Matt Ryan has been benched, and the Colts are starting to fire everyone. No reason to put money on a team that is falling apart.

I guess being featured on hard knocks and showing how much heart you have does not equal winning every single game. However, the Packers have looked even worse and this is the Lions Super Bowl.

The Los Angeles Chargers are dealing with a lot of injuries right now to Keenan Allen and Mike Williams, but the Falcons defense has not been great either.

Everyone once believes that Santa is real, however there is not a single soul that thinks the Jets can take down the Bills.

The Commanders have made it public they are looking at options of selling their team, well the Vikings might have to show them why they own them first.

Key Betting Trend: Vikings are 6-2 ATS in their last 8 games in Week 9.

Cincy’s offense has looked its best when Joe Burrow has time to throw, and Carolina is 30th in sack rate.

The Las Vegas Raiders and Derek Carr continue to showcase that they can build around the “star” QB but nothing will happen. Trevor puts the nail in the coffin.

Key Betting Trend: Cardinals are 4-1 ATS in their last 5 games after accumulating less than 90 yards rushing in their previous game.

Key Betting Trend: Rams are 6-2 ATS in their last 8 games following a double-digit loss at home.

Key Betting Trend: Chiefs are 6-2 ATS in their last 8 games after allowing more than 350 total yards in their previous game.

Key Betting Trend: Saints are 4-1 ATS in their last 5 games in Week 9.