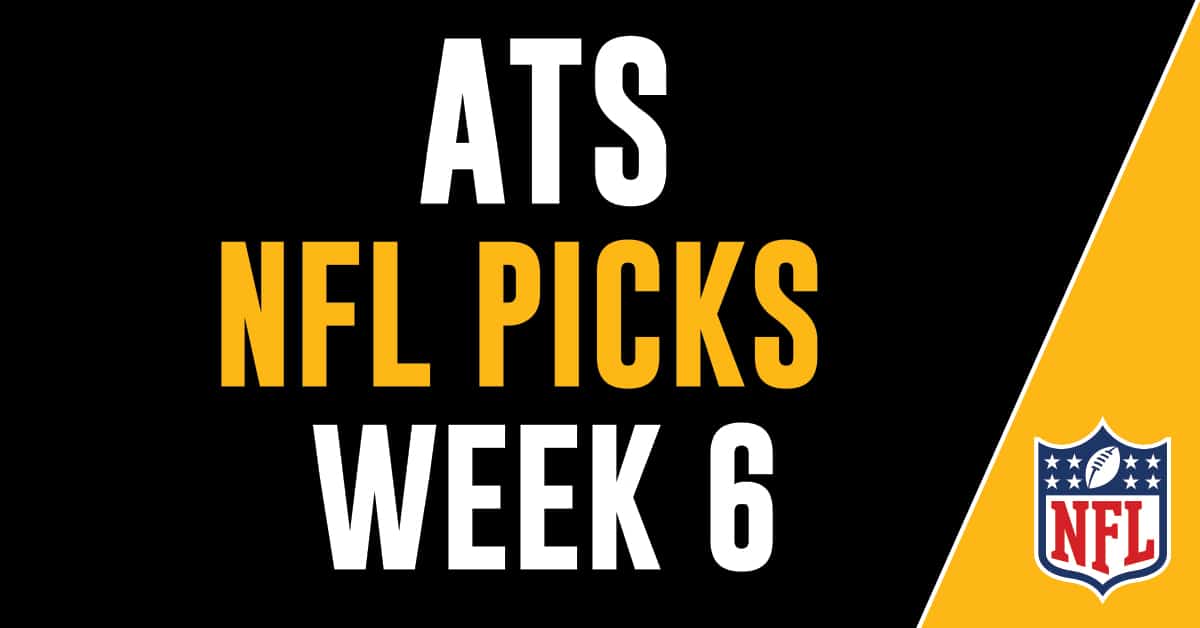 With some tremendous surprises and upsets already this season, the 2022 NFL season is now in full swing. With our in-house specialists and computer models, we’ve discovered the greatest ATS picks for week 6.

Key Betting Trend: Bears are 3-1-1 ATS in their last 5 home games vs. a team with a losing road record.

The Vikings have scored at a 28-point clip over the last three weeks. The team’s only loss is to the Eagles, who remain undefeated. Starting QB Tua will once again sit out this week and the Dolphins will continue to struggle on offense with either Bridgewater or 3rd string QB Thompson.

Even though the Patriots are without Mac Jones, they are far better in terms of offensive and defensive line. Also Bill Belichick is very familiar with Cleveland quarterback Jacoby Brissett and his skill set. The Browns play the Ravens next week. I like the road dog getting the points.

Friendly reminder the Buffalo Bills are not healthy on the back side of the ball. The Bills’ secondary hasn’t been exposed yet, but Patrick Mahomes is great at exposing weaknesses. Last thing, Kansas City is 7-0-1 against the spread the eight times Mahomes has been an underdog. Take the Chiefs to cover.

Key Betting Trend: Bills are 2-6 ATS in their last 8 meetings.

The Dallas Cowboys have been riding high with QB Cooper Rush, but remember everything nice must come to an end. The Cowboys are entering the doom of the Eagles unbeaten streak and Jalen Hurts will put on a show that will make others turn their head and forget about Rush.

News just came out that QB Russell Wilson is dealing with an injury that affects the way he throws the ball downfield. Even though Herbert is also dealing with a rib injury, at least he is able to deal with the pain and still throw accurately.