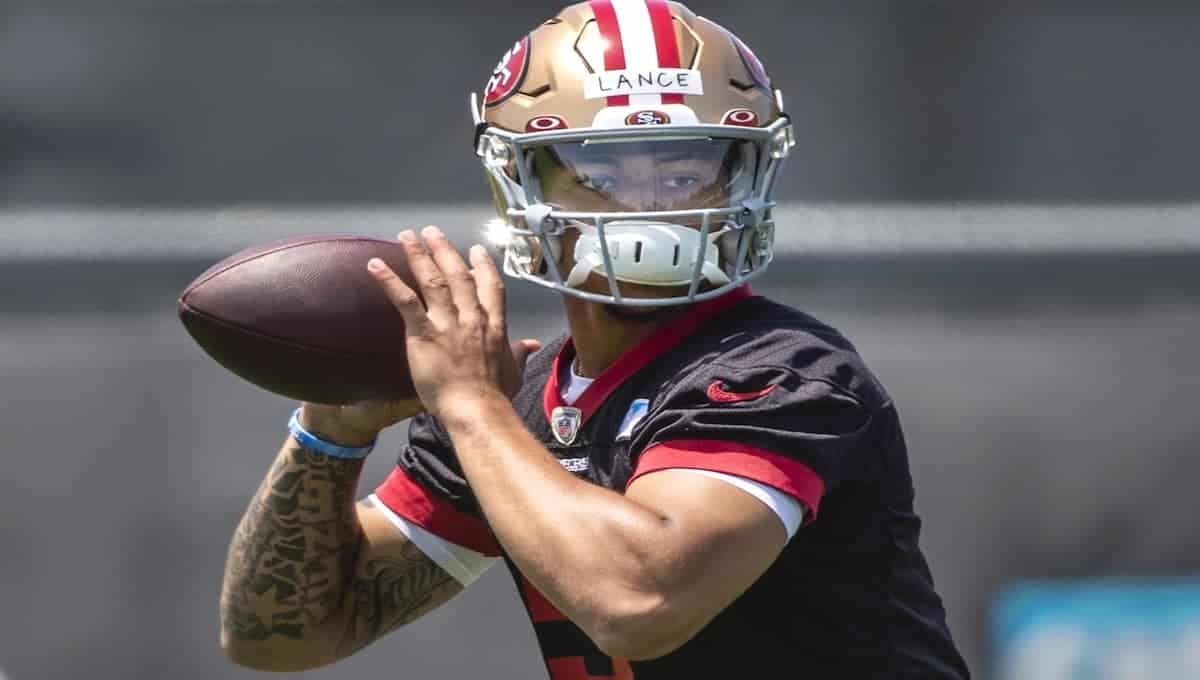 The 2021 NFL season is nearly upon us as bettors are starting to place future wagers that could win big money. One of the most popular future wagers is who will win Rookie of the Year in 2021. The average joe might be placing big money on number one draft pick QB Trevor Lawrence. Still, sharps are slowly coming in and placing money on another surprising quarterback that most likely won’t even start the year under center. Say hello to the most-bid QB to win ROTY.

San Francisco 49ers QB Trey Lance was drafted No. 3 overall, including behind fellow QBs Lawrence and New York Jets Zach Wilson. Even though Lance is projected to start behind QB Jimmy Garoppolo to kick off the season, sharps are starting to hammer Lance to win ROTY. After the draft, Lance was placed with +1600 odds to win ROTY. Now in mid-July, his odds have shifted to +700. Is there something the sharps know behind the scenes? In a recent report by BetMGM, Lance has received 15.8% of the bets and 22.6% of the money. Lawrence, who should be starting Week 1 for the Jacksonville Jaguars unless QB turned TE Tim Tebow takes his spot, is the favorite at +300 to win the award.

Garoppolo, who has always been in the news regarding trade rumors, could be on the block once again if he starts the season cold. With an extremely tough division, the 49ers cannot afford to lose any winnable games. Could Trey Lance be the hero the 49ers needed? There is a strong reason the 9ers drafted Lance high. According to many experts, Kyle Shannan loves this man, maybe more than NFL cover magazine Jimmy G. With odds at +700, it might be the most innovative play to make right now. What play are you making right now? Take a look at the updated ROTY odds below.