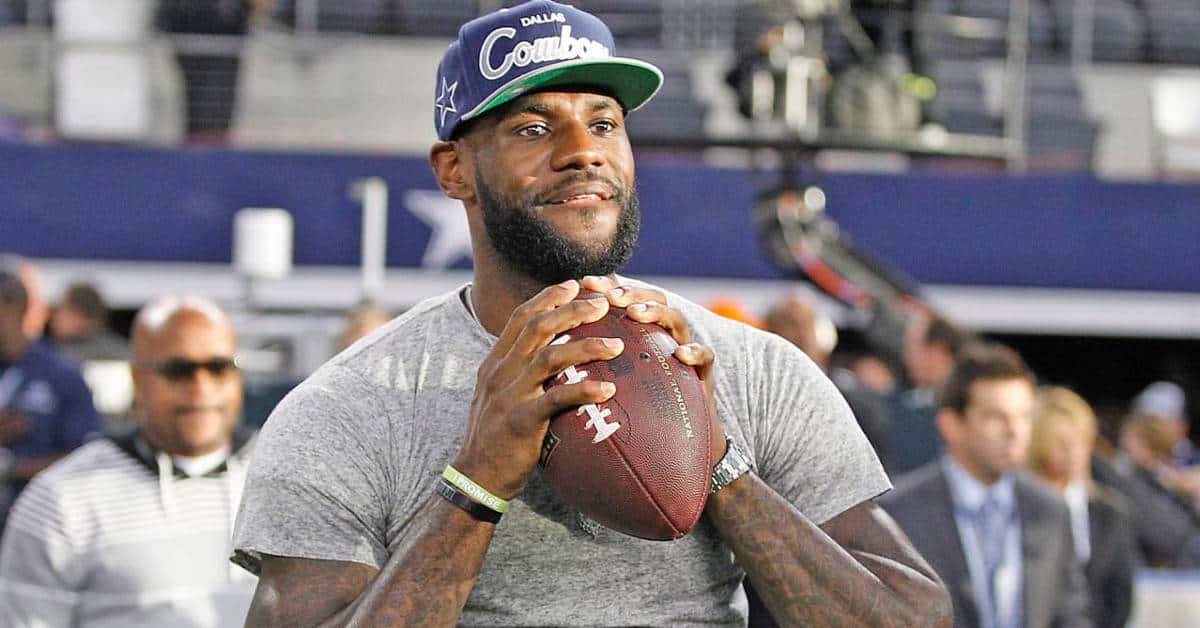 One of NBA’s biggest ever players, LeBron James, is certain that he would have made the team had he accepted either one of the two NFL calls he received in 2011.

James was approached by both the Dallas Cowboys and Seattle Seahawks during the NBA lockout in 2011. He has now revealed he came very close to accepting one of those invitations.

Seriously Considered Trying Out for the Cowboys

LeBron is no stranger to football as he was a dominant receiver in his high-school football days. When you also take into consideration his athletic built, size, and work ethic, it doesn’t sound far-fetched that he could have dominated another sport in addition to basketball had he chosen to pursue it.

In an interview with The Athletic, James said that, back in 2011, he was approached by two influential figures in the Cowboys and  Seahawks’ franchises.

According to James, Cowboys owner Jerry Jones invited him to try out with the team during the lockout, while Seahawks coach Pete Carroll sent him a Seattle jersey in addition to an invitation to come and spend some time with the team.

We know that James didn’t accept any of those two invitations, but he intimated to The Athletic that he “seriously considered” going to Dallas. He said that he adjusted his training to fit the needs of a sport such as football and started running routes.

Would Have Made the Team

What’s more, James revealed that he was certain he would have made the team. In the interview, he said that he didn’t mind working for something and that he would have had no problem trying out.

He added that he was absolutely convinced he would have made the team as he had always known what he was capable of on the football field, especially at that age.

However, James joining an NFL side just wasn’t meant to be and his close advisors played a key role in his rejection. James’ inner circle advised him against going to the NFL, and even though football fans would have loved to see LeBron in a Cowboys or Seahawks’ jersey, it was probably for the best that he decided to stay in the NBA. He is still one of the best in the league at age 36, and if he had left in his prime, he wouldn’t have cemented his place as one of the best to have ever played the game.