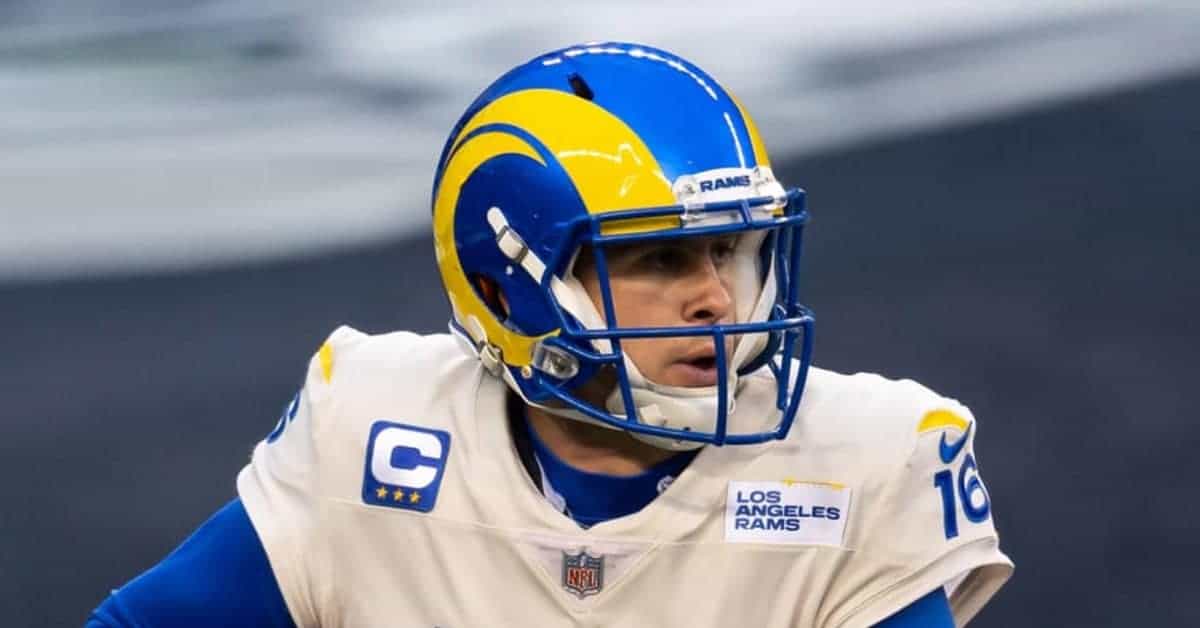 Jared Goff didn’t have the best of games when the Rams lost 20-9 to the Seattle Seahawks on Sunday. He had no touchdowns, had an interception, and was 24-for-43 for 234 yards.

That poor performance wasn’t the only concern that the Los Angeles Rams starting quarterback had on Sunday, though. During the game, Goff’s hand hit the helmet of one of the Seahawks defenders, and he broke his right thumb.

Tests Will Reveal the Extent of the Injury

Despite his injury, Goff played the entire game on Sunday, and he even had to deal with dislocation on top of that thumb injury.

The Rams scheduled a battery of tests after the game, but the extent of the injury is yet to be determined. We also still don’t know whether playing through the pain made the injury more serious.

At one point, Goff even had to pop his thumb back into place, which was sure to have caused a lot of concern to all Rams fans watching.

Will Sit Out the Cardinals Game

As both Michael Silver and Ian Rapoport reported, Goff is unlikely to feature in the Rams’ next game against the Arizona Cardinals, regardless of Monday’s tests.

The two NFL Network reporters claim that Goff’s injury was quite serious and that he would likely need surgery to repair it.

The player and his team will wait for the swelling to go down, but as things stand, it might turn out to be a season-ending injury.

To Put Off Surgery Until After the Season

Jared Goff is currently considering whether to put off his right thumb surgery until after the season. The player has been quoted as being adamant to play his part in the Rams’ postseason qualification efforts to keep them in it for as long as possible.

The Rams host the Arizona Cardinals in Week 17, and that will be a game of the utmost importance as the Rams need to win over the Cardinals to qualify for the postseason. If they don’t, they will have to wait for other results to go their way—specifically, the Bears losing against the Packers.