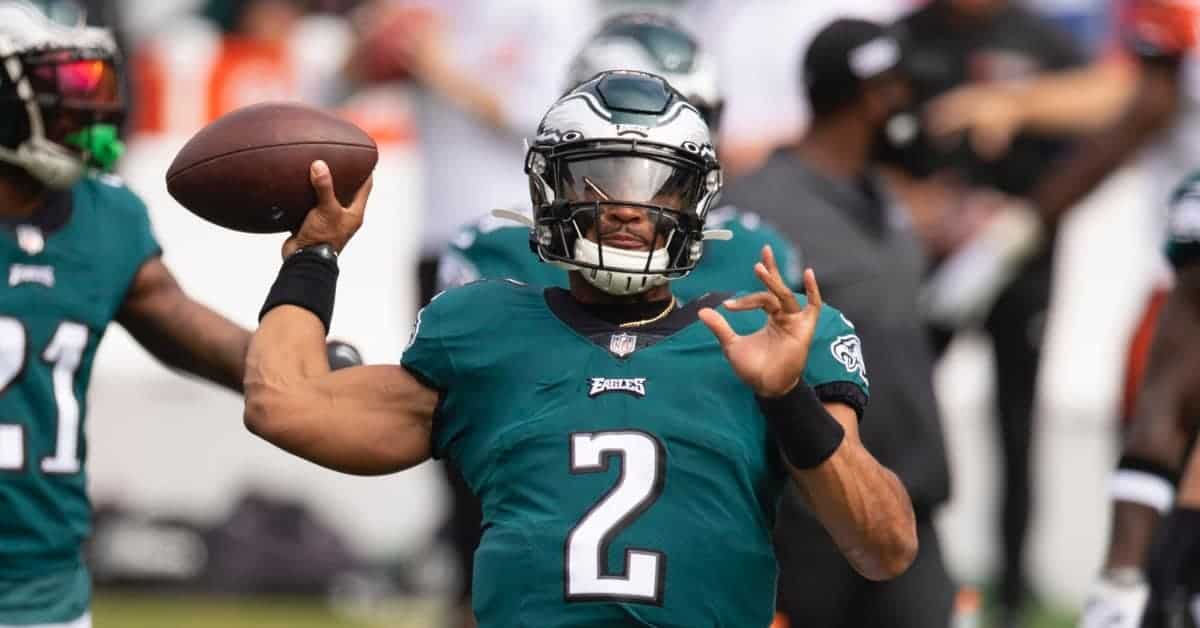 The New York Giants defeated Dallas Cowboys and were an Eagles win away from claiming NFC East. However, the Eagles lost to Washington Football Club, and the Giants had to settle for being the runners-up.

The Giants probably wouldn’t have had any problems with that outcome had the Eagles’ coach not removed Jalen Hurts at a crucial juncture during the game and played backup Nate Sudfeld.

A Decision that Didn’t Make Sense

The Washington Football Team won the game 20-14, but according to several Giants players, the flabbergasting decision made by Eagles’ coach Doug Pederson should undergo some scrutiny.

The Eagles were down by three points at the end of the third quarter when Pederson surprised everyone by swapping in-form quarterback Jalen Hurts with Nate Sudfeld. Hurts had two running touchdowns up until that point, and removing him made little if any sense.

When Nate Sudfeld entered the fray, he threw an interception, fumbled the next two drives forward, and that was the game. Washington Football Team triumphed and clinched their division as a result.

And that’s when Twitter exploded. Giants’ fans, as well as current and former players, vented their anger at coach Pederson’s dumbfounding decision to swap Hurts for Sudfeld.

Giants’ wide receiver Darius Slayton posted several tweets where he wondered why Jalen Hurts was not in the game and said that Pederson’s decision is not just disrespectful to the Giants but to the game as well.

Golden Tate shared Slayton’s sentiments and said that the only reason the Eagles did that was that they hated the Giants more than Washington. At least, that was the only thing that made sense to him.

Saquon Barkley, the injured Giants’ running back, expressed his bewilderment, while linebacker Blake Martinez typed a series of full stops, probably saying that he was trying hard not to comment on that decision.

Giants’ legend Eli Manning was probably the most candid of all current and former Giants players going to Twitter to talk about that decision. Manning said that because of things such as that, the Giants don’t like the Eagles.

However, coach Pederson didn’t agree with those assessments and said that the Eagles were playing to win during the entirety of the game. During the post-game press conference, Pederson told reporters that taking Hurts out was his decision solely.

He said that he wanted to give Nate Sudfeld some minutes as the quarterback had been with the Eagles for four years, so he thought he deserved an opportunity to get some snaps.

However, those watching the press conference could notice that coach Pederson was not comfortable while trying to defend his decision. He was also probably aware that playing Sudfeld in a game in which the outcome was important to two rival teams would put him in hot water with Giants fans and players. And it did.

Sudfeld replacing Hurts complicates things for coach Pederson on another level. Jalen Hurts took over from Carson Wentz as the Eagles’ starting quarterback with Wentz’ status in Philadelphia still not quite decided. The Eagles have a bold move to make when it comes to choosing their starting quarterback, and it’s still not clear whether Wentz will be there next season. With coach Pederson giving Sudfeld some playing time, that quarterback situation becomes even more perplexing.