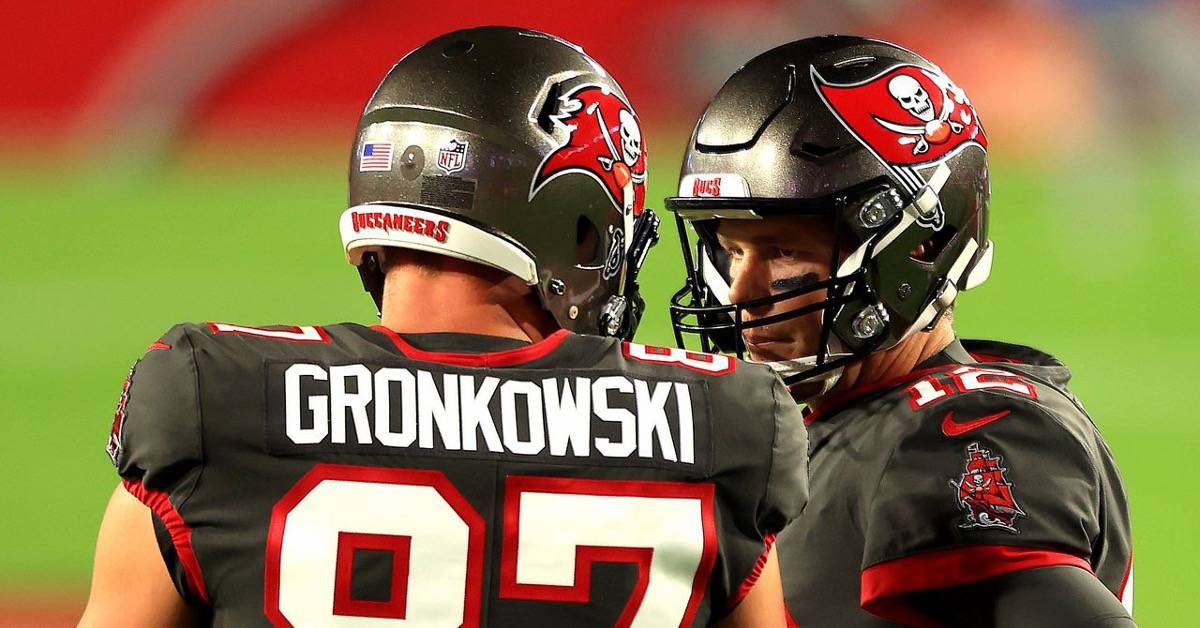 Rob Gronkowski still doesn’t know whether he will continue playing in the NFL. However, if he does, he will only play for the Tampa Bay Buccaneers. He told PEOPLE’s Lanae Brady that if he did decide to play football again, it would definitely be with the Bucs, and only with them.

Gronkowski already came out of retirement once to play with the Tampa Bay Buccaneers when Tom Brady moved to Florida in 2020. And it seems like the only thing that will convince him to continue playing is Brady once again. Tom Brady came out of retirement to play at least one more season with the Bucs, so it is fair to say that Gronk might follow in his footsteps too.

Reports say that Tampa Bay wants to bring Gronkowski back as well, so all things point to the tight end teaming up with the legendary quarterback for one more season in the retirement state.

Will Take His Time

Gronkowski said that he was familiar with the organization and his teammates in Tampa and that everything there was “A-plus.”

However, as imminent as his return to the NFL seems, he hasn’t said that it will definitely happen. Gronk said that he had been in that “decision mind” for several months now, but that he will take his time to announce whether he would return to the NFL or not.

Gronkowski went on to say that he enjoyed the freedom he had because he wasn’t signed for a team and that he still had a couple of months to come to a decision, as the season doesn’t start for another three or four months.

Could Get in Shape Quickly

That lack of preparation might worry the people in the Bucs organization, but Gronk has shown in the past that he is more than ready to get ready for competitive football on the shortest of notice.

In fact, when he arrived in Florida for the first time, the Tampa Bay Buccaneers traded for him on April 21 2020. So, Gronkowski still has a couple more weeks to enjoy his freedom before coming to a decision about his future.

The Tampa Bay Buccaneers are quite thin in the tight end department and currently only have Codey McElroy and Cameron Brate, after O.J. Howard signed for the Buffalo Bills a month ago.