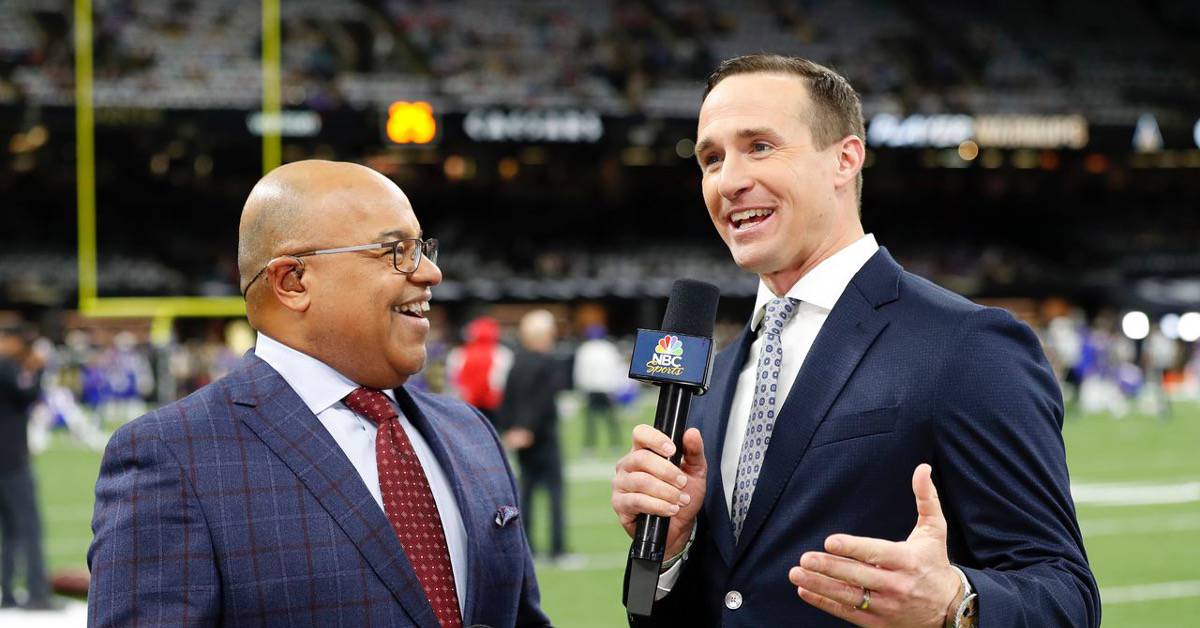 Drew Brees’ career as an NFL studio and game analyst at NBC didn’t last very long. After just one year of working together, NBC and Brees have reportedly decided to go their separate ways. It seems that both parties are okay with the decision, as the legendary quarterback preferred commenting on games instead of working in the studio on the “Football Night in America” show. Unfortunately, NBC didn’t have many games they could offer Brees to work on.

Even though NBC was originally hoping that Drew Brees could become an heir to Cris Collinsworth in the studio, that won’t happen now.

As soon as first reports of the break-up emerged, Brees tweeted that he was undecided on his NBC future. He said that he may work for NBC, but also might turn to business, philanthropy, go on a senior golf tour, coach his kids, or “all of the above.”

Even though Brees might have finished his NBC career, that doesn’t mean that he has no future as an NFL analyst. He could join the NFL team at Fox and fill in until Tom Brady joins them.

Brady recently signed a megadeal to become a FOX NFL analyst, but he won’t be able to join the panel until he retires. And that might take a couple of years.

Fox will probably have Greg Olsen as the number one NFL analyst come next season and working together with Kevin Burkhardt on Super Bowl Sunday. That would leave the number two slot open, and Drew Brees might be the ideal candidate to fill it.

If he goes to Fox, he will probably join their No.2 team and work alongside Adam Amin and Joe Davis. That team calls NFL playoff games, so Brees will get his wish to be closer to the action.

Of course, the number two spot doesn’t pay as well as the top NFL analyst gig, but if Brees really wants to comment on NFL games, that would be a sacrifice he might be willing to make.

Another option for the former New Orleans Saints quarterback might be Amazon.