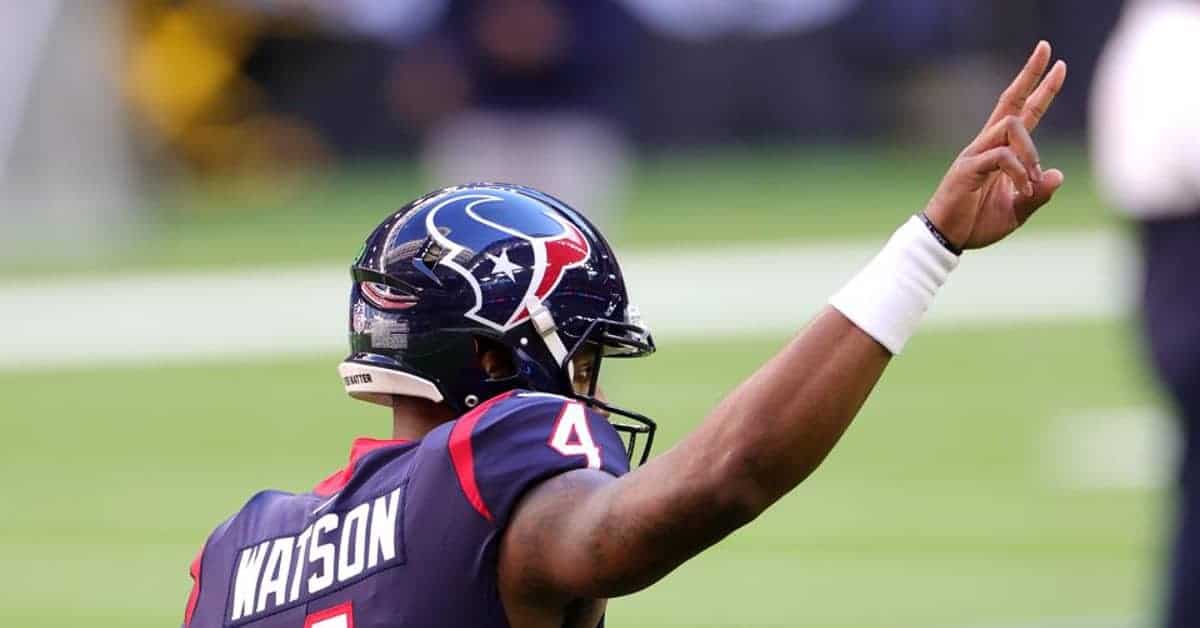 The Houston Texans hired Nick Caserio as their general manager to solve the Houston-based organization’s wide range of problems. However, in doing so, they probably created yetanother problem that they will now have to deal with, and it’s a pretty serious one too.

Last offseason, he wasn’t consulted when the Texans decided to trade their wide receiver DeAndre Hopkins, something that definitely bothered Watson, but he decided to ignore it in favor of the team staying compact as a unit.

However, even if he were okay with letting that decision go without much protest, the Texans’ latest piece of business would have definitely hurt Deshaun Watson as, this time, he tried to get himself personally involved in the decision-making process.

When his team announced that they were going to acquire a new general manager, Watson was kind enough to offer input on some managerial candidates that he thought should be considered.

He didn’t specifically ask for them to hire his recommendation, but he would have very much appreciated if they had at least talked to them. In his mind, it was the least that they could do for their franchise quarterback.

However, the Texans did neither one of those things. Instead, they went with Nick Caserio, a man with an impressive portfolio, but not one that Watson recommended.

This incited Watson to take to Twitter to share his thoughts on the new general manager. He wrote that some things never changed, probably referring to how the Texans conduct their business.

According to ESPN sources, Watson didn’t direct that message to Nick Caserio himself, as he has nothing against him being the general manager. However, what bothered Watson was that his team once again decided to ignore the input he had given them.

The Texans quarterback met with owner Cal McNair more than once, and in those meetings, he shared his thoughts on several candidates. These people came highly recommended, and, as such, Watson thought that the Texans should at least reach out and talk to them.

Moreover, he would have been perfectly fine with the Houston team not hiring the people he endorsed as long as the organization he has given so much to respected his and his teammates’ wishes and talked to the candidates he shortlisted.

In a Bigger Mess Now

The fact that he was also talking on his teammates’ behalf means that the Texans went against most of their players’ wishes and not just their quarterback. They went with a candidate who mattered to a smaller group of people in the organization. Now, they may have to fight some additional fires within the franchise as a result.

Nick Caserio was brought to help rebuild the Texans franchise, but now, he will also have to contend with an unhappy quarterback and a potentially disillusioned.

Even before this whole thing with the Texans’ general manager transpired, Deshaun Watson was considering demanding a trade. Now that Caserio has been appointed, speculation has picked up in intensity, and many people are expecting Watson to demand to be traded.

Considering that the Texans are still without a head coach and on the road to a full rebuild, a trade demand would hardly be ideal. Moreover, should they decide to trade Watson, the Texans would have to absorb the salary-cap charge of $22 million that would be imposed on the organization as a result.

They could grab lots of NFL draft picks and players, of course, but the departure of a quality quarterback such as Watson would make the mess that Caserio was brought to clean much larger than before.