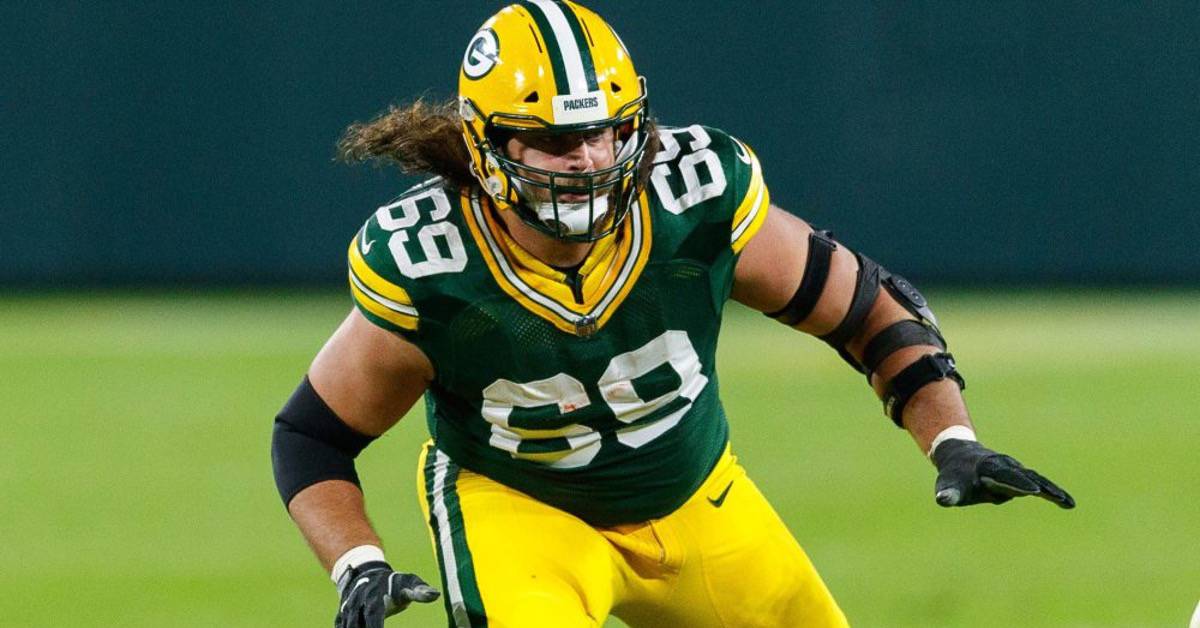 Green Bay Packers’ left tackle David Bakhtiari is believed to have suffered an ACL tear in practice on Thursday, according to ESPN sources.

The player, who has been either a first or second-team All-Pro for the past four years, is crucial to the Packers’ title hopes.

If he has indeed suffered an ACL tear, then that is definitely an injury that will end his season and potentially keep him out for longer. Even worse, the ACL tear might turn out to be the injury that will cost the Packers the title.

According to what a source told ESPN, the primary tests that the Packers conducted showed that Bakhtiari suffered an ACL tear.

However, the club will arrange for Bakhtiari to undergo further examinations to determine the extent of the injury and to establish whether the preliminary diagnosis was correct.

Bakhtiari sustained the injury during Thursday practice, the first portion of which was open to reporters. While reporters were there, though, everything seemed to be fine with Bakhtiari, and he was training with no apparent issues, meaning he must have suffered the injury after reporters left.

Coach Matt LeFleur spoke to reporters before practice, so news agencies couldn’t get a definitive answer from the club regarding David Bakhtiari’s injury.

Among the Best in His Position

Bakhtiari is considered by many to be the best left tackle in the NFL right now. He was drafted in 2013 and since then has established himself as one of the best non-skill offensive players in the league.

Last week, he was named a Pro Bowl starter and signed a lucrative four-year contract extension only six weeks ago. The $103.5 million contract extension that Bakhtiari signed has made him the highest-paid offensive lineman in history.

The Packers are on the verge of clinching the number one seed for the postseason, provided they win their last regular-season game against the Chicago Bears. They have the best offensive line in the NFL and top the scoring charts with 31.6 points per game. Even if they don’t get that number one seed, they will still be among the favorites to win the Super Bowl.

However, if Bakhtiari’s ACL tear is confirmed, the Packers’ chances of winning the title will be significantly reduced. The Packers do have the players to deputize for the injured All-Pro left tackle, but whether they will be able to provide the same protection to their quarterback is a different matter.

Who Will Replace Bakhtiari at Left Tackle?

If Bakhtiari’s injury is confirmed, it will probably be Billy Turner who plays as left tackle against the Chicago Bears and in the postseason. Turner deputized for Bakhtiari for three games earlier this season when the Pro Bowl left tackle was out with broken ribs.

However, Turner normally starts on the right side and has played at either guard or tackle. In the last four games, he started at right guard, with Rick Wagner playing at right tackle.

To make matters worse for the Packers, Wagner injured his knee on Sunday against the Titans and was a limited participant in training this week. If he cannot play against the Bears, coach LeFleur will have to move even more pieces of the puzzle before the game.

Elgton Jenkins could also play at left tackle. Jenkins is a decent option to cover for Bakhtiari as he is quite versatile. He has played everywhere but right guard this season. He has 599 snaps at left guard, 26 at left tackle, 31 at right tackle, and 286 at center.