Dak Prescott, Dallas Cowboys star quarterback has signed a massive 4-year contract worth $160 million. According to NFL Network Insider Ian Rapoport, the deal is structured so that Prescott gets $75 million in the first season and also receives a $66 million sign-on bonus.

Prescott can earn as much as $164 million over four years, and he is guaranteed to earn $126 million regardless of his performances. This means that the Cowboys franchise quarterback will earn approximately $42 million a year on average.

No Release Clause and No-Tag Provision

Prescott played under Dallas’ franchise tag last season, but the Cowboys won’t be able to do that now that the new contract has been signed due to the no-tag provision in it.

The deal also removes Prescott’s name from the rumor mill for good as his contractual status and Dallas’ future are finally settled. The quarterback has had to deal with newspapers’ gossip columns since 2019 as the situation surrounding his contract wasn’t settled. Now that his future is settled, the quarterback can focus fully on things happening on the field.

Crucial to the Cowboys’ Chances

The Cowboys will also be delighted with the multi-million contract. They found out the hard way how important Prescott was to the team when he got injured last year. In the games Prescott played before he broke his ankle, the Cowboys scored 32.6 points per game.

However, after Week 5, when the Dallas franchise had to deal with the absence of its star quarterback, those scoring numbers dropped significantly. The Cowboys averaged 21.1 points per game in the matches they played without Dak Prescott.

The offensive numbers of all skilled position players went down because of Prescott’s absence too. That’s not surprising considering that the 27-year old notched 1,690 passing yards in the first four games of the season, the most passing yards in four games until then.

In other words, when the Cowboys lost their talisman to a season-ending injury, their season was also as good as over too. The only thing that was keeping the Dallas-based organization competitive last year was its offense. With Prescott out, that was no longer the case.However, now that the Cowboys have tied their star quarterback down to a four-year contract, they can look forward to much better times. The two-time Pro Bowl player is one of the best in the league in his position and will be able to show just how good he is in a Cowboys uniform for the foreseeable future. 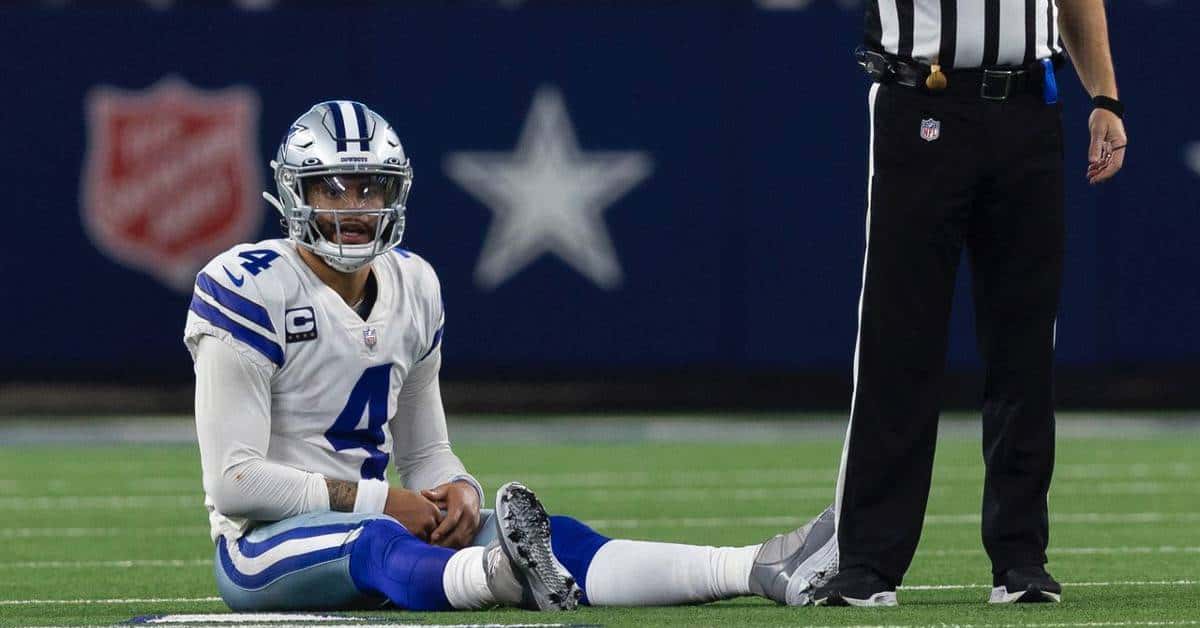