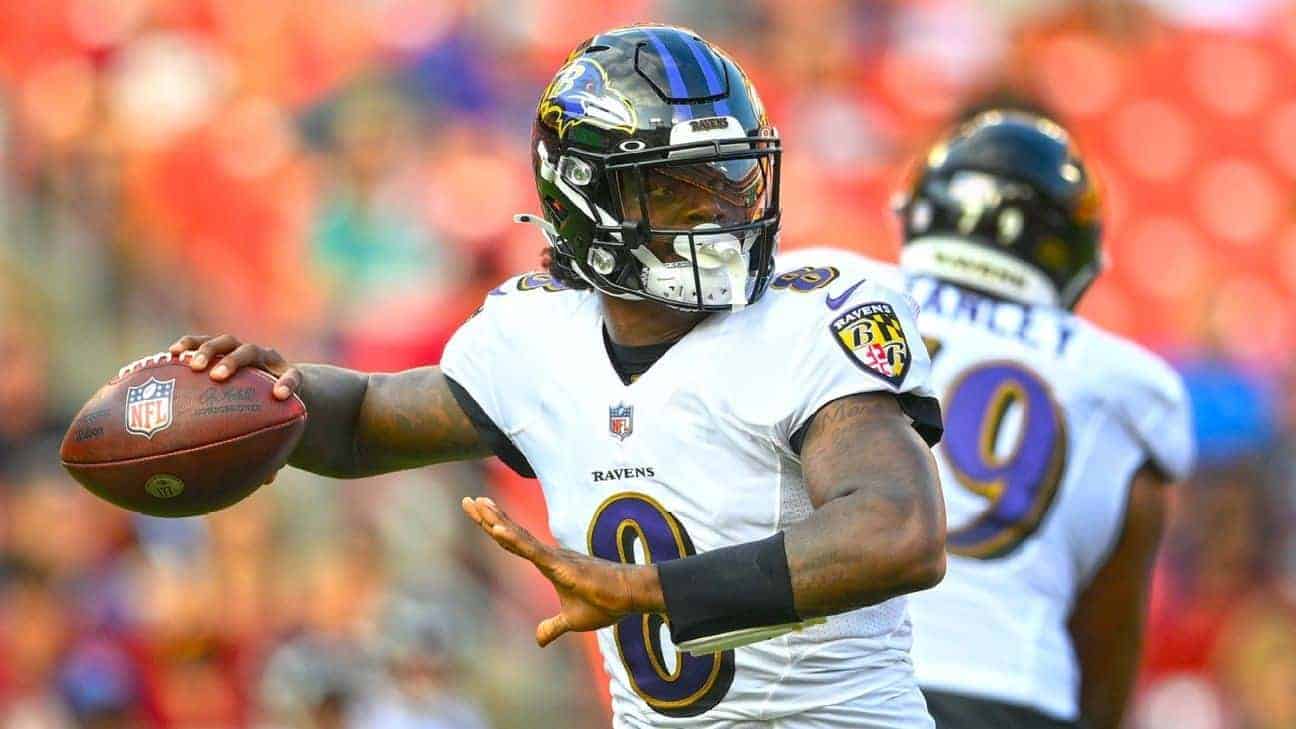 Losing is never fun, but when FanDuel is offering these insanely Same Game Parlay odds it’s impossible to pass them up. Instead of wasting money on a parlay that has zero chance of winning, why don’t you slab it onto this Can’t Lose Parlay of -109 odds. Friendly reminder we cashed on a previous Can’t Lose Parlay earlier in Week 5. Check out the play below bettors.

Usually Ravens QB Lamar Jackson is known for rushing all over opposing defenses, but the start of this season has been quite the opposite. Jackson has been airing out the passing game with throwing for 340 passing yards per game. It’s clear Jackson is comfortable throwing in this offense and should be no different on Monday night.

There is a good chance Marquise Hollywood Brown completes this prop bet after one catch. On the season Brown is averaging nearly 18 yards per catch and has 122 yards after the catch this season. With Jackson getting comfortable in the pocket, expect big numbers from the wide receiver who has the most receptions on the team this season.

Last week the Colts defense allowed nearly 60 receiving yards and a touchdown to Dolphins TE Mike Gesicki. Mark Andrews who clearly is a far superior TE than Gesicki should be able to walk all over the Colts defense on Monday Night. Big numbers from the Baltimore Offense tonight.