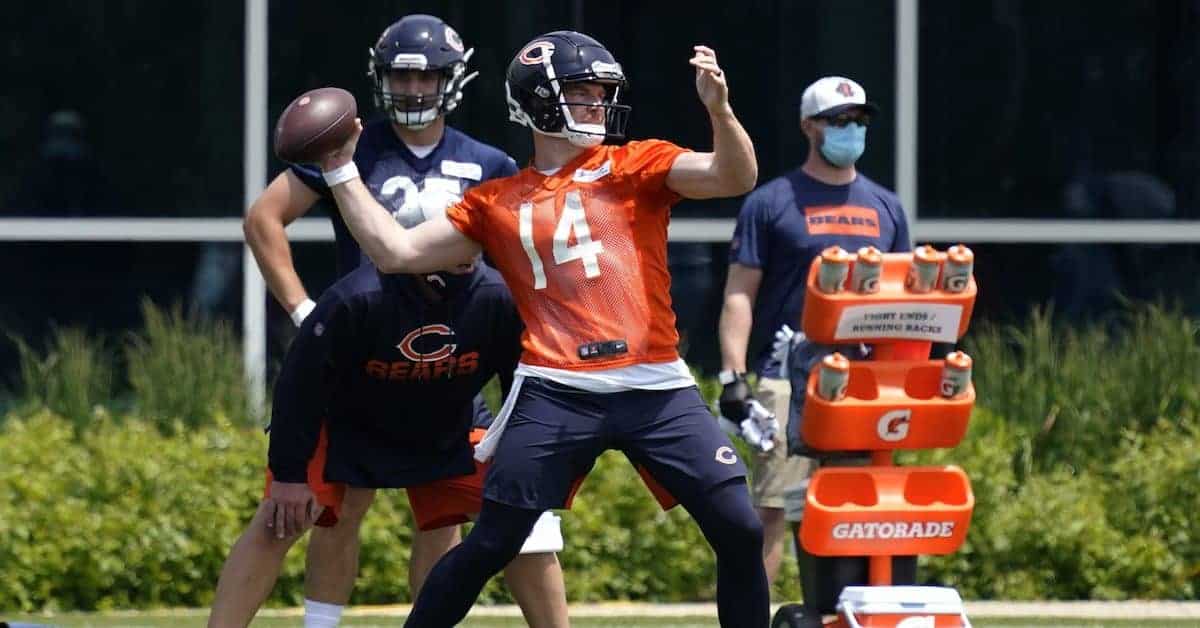 The Chicago Bears decided to move on from QB Mitchell Trubisky and wanted a brand new leader to take charge of this offense. According to them, they did, but the rest of the NFL is currently laughing at their upgrade. QB Andy Dalton is QB #1 now, but Chicago did draft QB Justin Fields from Ohio State. There are many unknowns for this team, and the oddsmakers have projected them with a win total at 7.5. However, is that number too low? In the last few seasons, Chicago has been a .500 team or better and even made the playoff twice. Let’s examine whether or not the Bears will have an average season or one that includes them in the playoffs.

Chicago Bears Over / Under 7.5 wins

With a general manager and head coach already on the hot seat, is it making QB Andy Dalton already putting the team on the wrong foot? It’s tough to envision the Chicago Bears getting eight wins or more because of how uncertain the offense is. Dalton already had his best days and is in the same boat as QB Ryan Fitzpatrick. They will pull off some crazy wins but nowhere near consistent with leading a team. Defensively, some might say they are capable of getting eight wins themselves, but a friendly reminder losing top cornerback Kyle Fuller will not help them one bit.

With a questionable offense, a defense that will fight all year long, it’s hard to imagine an eight-win season for this team. Especially if Chicago takes, it’s sweet time putting in Justin Fields. Chicago needed to spice up their offense, and adding two QB and RB Damien Williams, WRs Damiere Byrd, and Marquise Goodwin won’t change anything. Good things will happen in the city of Chicago, but it will not come from the Bears.