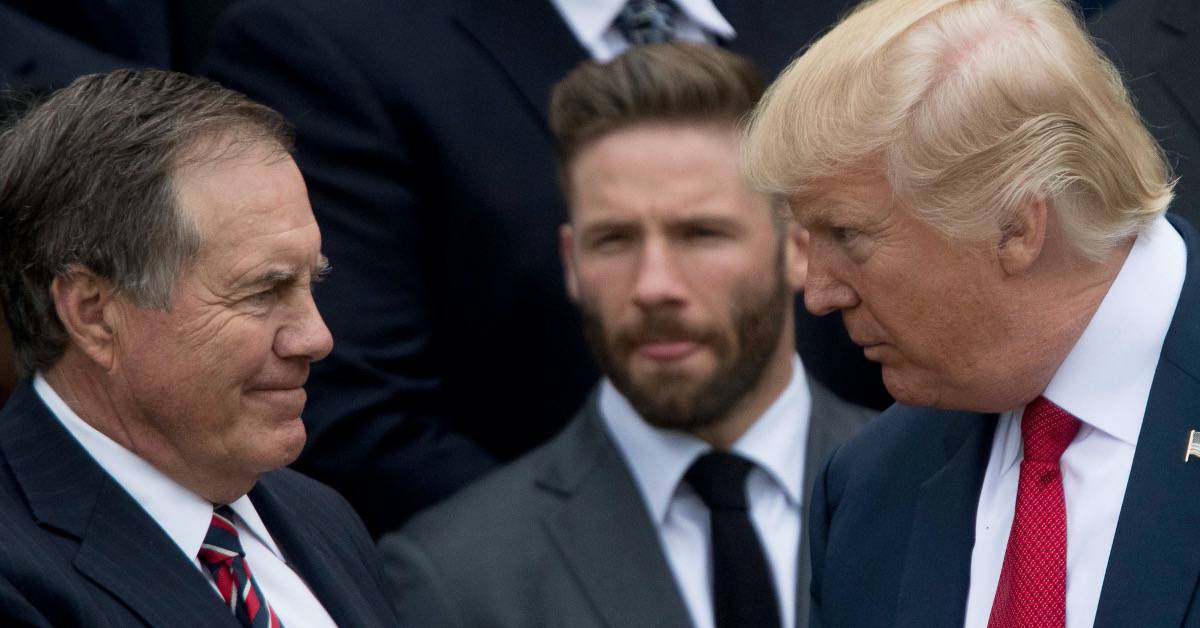 Legendary New England Patriots coach Bill Belichick has turned down the chance to be awarded the Presidential Medal of Freedom that Donald Trump was scheduled to present to him this Thursday.

The 68-year-old, who just finished his 46th season in the NFL, explained his decision in a statement that he released to the media.

The decorated Patriots coach opened his statement by saying that he was flattered by the opportunity to receive the Presidential Medal of Freedom because of what the honor represented and out of respect for the people who had received it before him.

However, he stated that because of what had happened last week in Washington DC, he decided not to move forward with the award.

Belichick said that he was an American citizen with great reverence for his nation’s values—freedom and democracy. He claimed that his statement represented the views of his family and his team and that the actions that they took together to fight social injustice were some of the most rewarding things to have happened in his professional career.

The Patriots coach concluded his statement by saying that continuing the efforts to move equality and human rights to the forefront while remaining true to the people, team, and country outweighed all benefits of an individual award.

Decision Was Made After the Pro-Trump Mob Stormed the Capitol

John F. Kennedy established the Presidential Medal of Freedom award, and it has been given to individuals who have made exceptional contributions to America’s national security and interests since 1963.

Those same national interests and security were under attack when a pro-Trump mob stormed the US Capitol last week and tried to stop Congress from confirming Joe Biden as the next US President.

The mob didn’t succeed in its efforts and eventually retreated. However, the mob’s actions and the President’s inciting speeches preceding them prompted the US House of Representatives to try to remove Trump from the Oval Office before his term ends.

Belichick is not the only figure from the world of sports that Trump had recently chosen for the Presidential Medal of Freedom. Annika Sorenstam and Gary Player, two Hall of Fame golfers, recently received the honor.

The late athlete Babe Didrikson Zaharias also received the Presidential Medal of Freedom, only a day after the Capitol riot had taken place.

For Belichick, this honor would have been the latest of valuable recognitions and awards he has received in his illustrious career.

The decorated coach led the Patriots to six Super Bowl championships, and together with Curly Lambeau and George Halas, is in a select group of individuals who have won the title six times since the league started playing postseason in 1933.