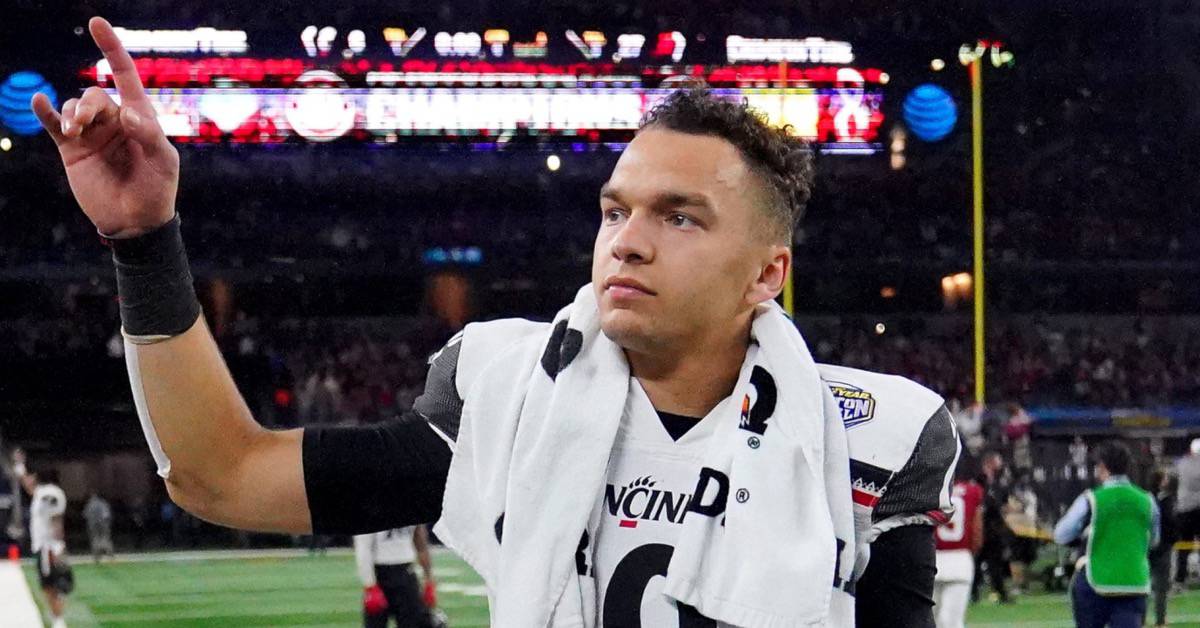 The Atlanta Falcons have named rookie Desmond Ridder as their starting quarterback and the former Cincinnati Bearcats star will likely start all remaining games until the end of the season.

The Falcons started with Marcus Mariota for the first 13 games of the season, but have now decided to turn to youth and field the young and talented quarterback against the New Orleans Saints in Week 15.

Desmond Ridder was a third-round pick in the 2022 NFL Draft and the Falcons have decided not to rush him this season going with Mariota instead. However, according to NFL Network Insider Ian Rapoport, the rookie’s time has now come and he will get the chance to prove he has got what it takes to start next season too.

Falcons Performances Have Tailed Off

Mariota losing his starting spot is not much of a surprise considering he has been not much of a threat and has guided the Falcons to a 5-8 record. In fact, under Mariota’s leadership, Atlanta’s offence has failed to notch more than 17 points in the four losses the team recorded in the past five weeks. The quarterback broke 200 yards only once in the past six weeks.

And while Mariota has not been the worst quarterback in the NFL, he is also not setting the world alight, especially not with his passing game. And that’s where Ridder will see his chance to make the starting quarterback role his own.

Ridder Can Be the Leader the Falcons Need

The rookie impressed in pre-draft testing and topped several NFL Scouting Combine Categories – vertical leap, 40-yard dash, and broad jump. The interviews he gave before the draft also impressed teams as they could see that the young gun was quite mature for his age and had leadership potential.

Ridder, who has been named as an All-American Athletic Conference Player of the Year on two occasions, will have an extra week to prepare for his first career start, as Week 14 is a bye week for the Atlanta Falcons.