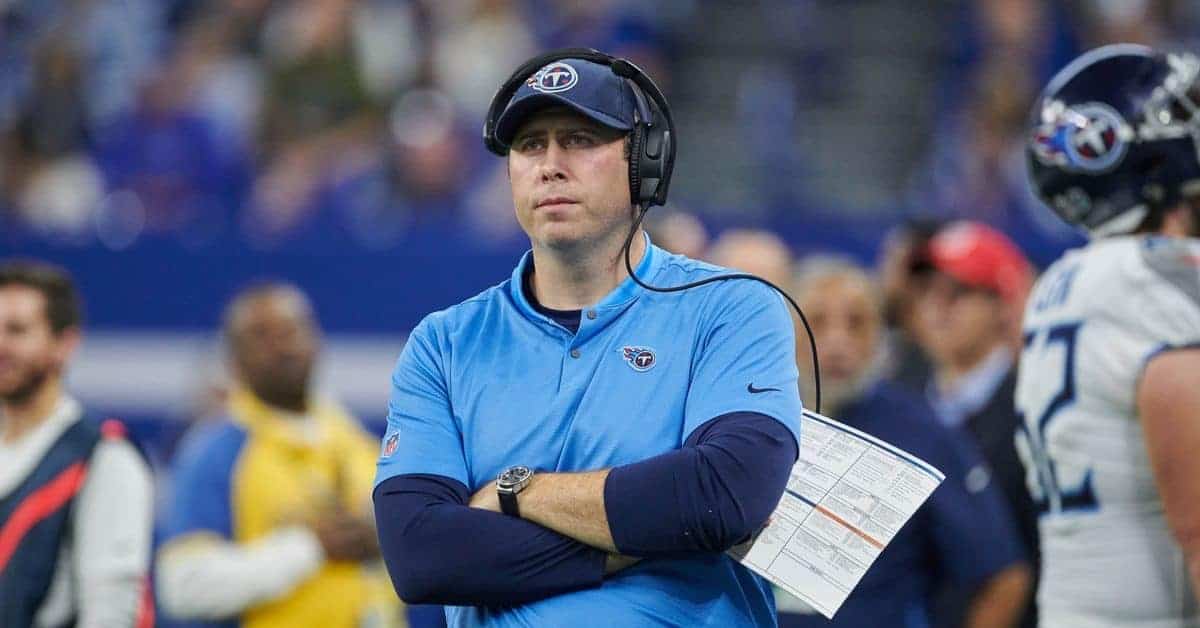 Smith is one of the most talked-about offensive coordinators in the NFL and has been the Titans’ OC for the past two seasons.

One of the Best Offensive Coordinators in the NFL

Should he come to Atlanta, Arthur Smith will replace Dan Quinn. The former Falcons’ head-coach was fired together with Thomas Dimitroff, the franchise general manager, back in October of last year, after the Falcons got off to a terrible 0-5 start of the season.

Raheem Morris was named as interim head coach when Quinn was fired. He did a decent job leading the Falcons to four victories in the remaining eleven games and had a 4-12 record for the season.

On the other hand, the Titans were under much better leadership, particularly when it came to the offensive segment of their game.

Smith’s team ranked fourth in scoring during the regular season, averaging 30.7 points per game under his guidance. They also averaged 396.4 total yards per game and were third in this category in the NFL.

Even more impressively, the Titans’ rushing attack had 168.1 yards per game, a record only bettered by the Baltimore Ravens’ 191.9 yards per game.

One of the things that Arthur Smith can be most proud of during his tenure as an offensive coordinator is that he achieved outstanding balance with the Titans.

Three Titans’ players epitomized this the best. Running back Derrick Henry had 2,027 rushing yards, the 5th best rushing yards total ever. He also managed to become the 8th player to have gone over the 2,000-yard plateau.

A.J. Brown has been just as impressive as Henry under Smith’s guidance. The Titans receiver finished the season with 1,075 receiving yards. And Corey Davis, another Titans wide receiver, needed 16 yards more to reach the 1,000-yard plateau.

Has Experience in Various Coaching Posts

According to ESPN, Smith also had job interviews with other NFL organizations. These included the Detroit Lions, Jacksonville Jaguars, New York Jets, and Philadelphia Eagles.

We know that the Jaguars only recently hired Urban Meyer as their new head coach, while the Jets have just announced that Robert Saleh would take the reins from Adam Gase.

Several Coaches Were Taken into Consideration

The Falcons had two interviews with Smith. One was on Monday, and another was two days later. For the second interview, the franchise flew Smith to Atlanta, while the first was done remotely.